Sayed 'Abd Allah Mursi was raised in Cairo. He was a student at Al-Azhar’s Medical School for Boys in Cairo, one year from graduation, when she transitioned to Sally with surgery in 1988.

Her doctor was Dr Ezzat Ashamallah, a Copt. They were both summoned to the State 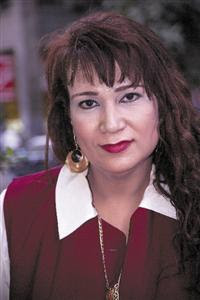 Prosecuter’s office and investigated for public disorder. However no charges resulted, although Ashamallah was expelled for a time from the Physician’s Syndicate, and they were both featured in almost every Egyptian newspaper and magazine.

Sally approached a sheik, Mohammed Sayyed Tantawi, then mufti and now Grand Imam of Al-Azhar Mosque in Cairo, and he issued a fatwa that her change was necessary for her health but that before the operation she should for one year dress, behave and comply with all obligations of Islam for women, except for marital obligations. This fatwa was the first Sunni ruling about sex changes.

Sally was refused a transfer to Al-Azhar’s Medical School for Girls, and she has won two legal rulings against the school, but it has ignored them, and also blacklisted her at other medical schools.

She was accused of trying to get out of military service, and was ordered to report for induction into the army. Army doctors examined her, and finding that she was a woman, concluded that Sayed was not medically fit for military service.

Sally worked as belly dancer in nightclubs under the name of Rahma, where she was out as transgender, and this drew the customers, although she had to battle the Ministry of Culture which refused to issue her a dancing permit. Her show was raided twice by the vice squad.

The Transgender Egypt article says that Sally was intersex, and the Egypt Today article implies that she wasn’t. I first went with the former, but then reversed after Jasmine's comment.

Dr Ashamallah says that sex changes have been done in Egypt since 1920, but gives no details.
Time: 13:44