Esben Benestad is a doctor and sexologist and, as Esther Pirelli, an out transvestite in Grimstad, a small town on the south Norwegian coast.

He and his first wife, Liv, divorced in 1986 after 16 years together. The same year he 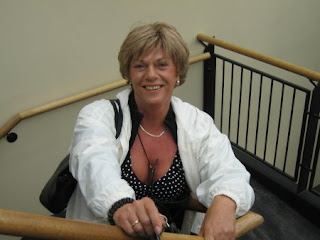 met his second wife, Elsa Almås at a sexology conference. She has co-authored severed books on sexology with him, and is supportive of his female identity.

Liv and Esben are the parents of film director Even Benested who featured Esben in a small part in Begynnelsen på en historie, 1988, and made a documentary, Alt om min far (All about my father) about Esben, which was voted Best Documentary at the 2002 Berlin Film Festival, and made Esther a national celebrity.


In 2007 Esther was in the reality show, Skal vi danse (Shall We Dance), and was voted out after four episodes.


Esther is the only non-US person in the Kane-Demaios-Bullough anthology, Crossing Sexual Boundaries.


Esther as a doctor has helped several Norwegian trans persons who could not get help from the national gender clinic. In 2008 he was at risk of losing his licence after helping to obtain a mastectomy.