A night club at 82 E. 4th St, between 2nd Ave and the Bowery in Manhattan. It was also called Club 82, and had previously been the Rainbow Inn.

It opened in 1953 after the 181, at that number on Second Avenue, around the corner, lost its liquor license after being mentioned in USA Confidential as a gay club. Both clubs had the same management, personnel and style. 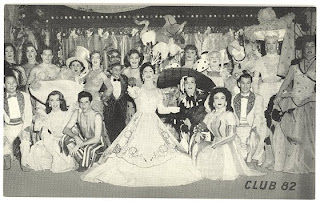 e 1930s. He had married his second wife Anna after having her husband murdered because she could not get a divorce. She was lesbian, and he was okay with that. The original manager of Club 82 was Steve Franse. Don Vito, on the run in Italy from a murder charge, had left Franse to assist and watch over his wife. When she publicly divorced him in 1953, he had Franse killed. 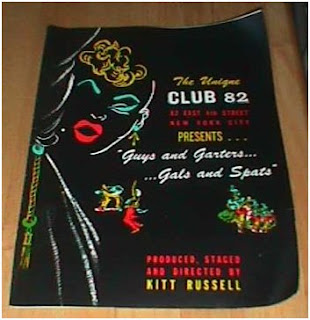 York’s major drag revue. Ty Bennett was the headliner for a decade from 1958.  The waiters were women dressed as men. As was usual with such clubs, some performers moved on to living full-time as female, in some cases with transgender surgery, but others chose to continue going home as men. The performers were permitted to mingle with the guests during intermissions, but wearing trousers. The teenage Harvey Fierstein hung out there in 1965. The club was briefly featured in the 1968 Rod Steiger film, No Way to Treat a Lady. Show-biz royalty flocked to the club. Legend has it that Errol Flynn played piano there with his penis. 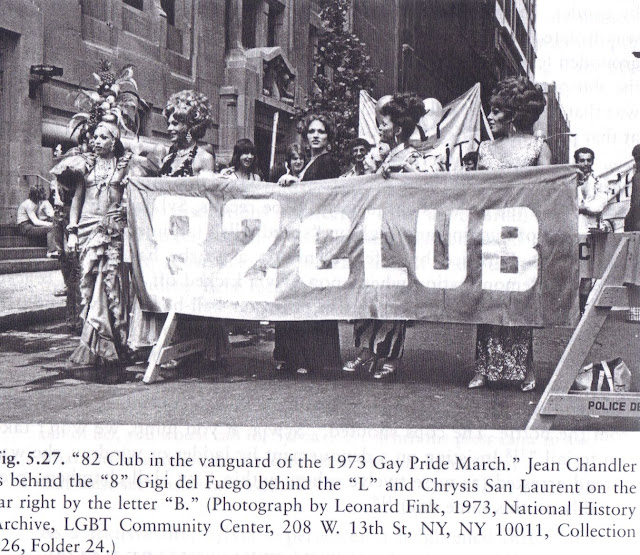 After Stonewall, the business drifted away, when people could be more open on the streets. At this time the club was run by two butch dykes, Tommy who worked the door and Butchie who ran the bar.

As the club had an outcast image, punk and early glitter and glam kids started going t 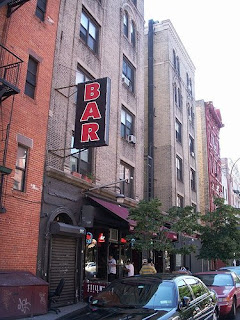 here from 1972. Another Pretty Face were the house band in 1973. For the Christopher Street Liberation Day in June 1973, Bebe Scarpinato went to the 82 Club and got the remaining showgirls, in full regalia to march behind an 82 Club banner.

The New York Dolls started to perform at 82 Club. For their first show, April 17, 1974, they performed in drag, except for Johnny Thunders who refused. They were followed by Wayne County (later to be Jayne) and short-lived glitter bands like Teenage Lust and Harlots of 42nd Street. David Bowie and Lou Reed and his trans lover Rachel were encountered there.