The Rabbi and the Ayatollah

There are exceptions to the the generalization that religious authorities are anti-sex-changes.

Born and lived his life in Jerusalem. 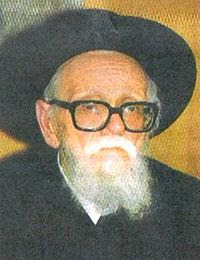 A leading rabbi and a dayan on the Supreme Rabbinical Court. He is considered an authority on medical halacha.

Whilst he forbade elective surgery on anyone who is neither sick nor in pain, such as cosmetic surgery, he also ruled, in the late 1960s, that a post-operative transsexual has changed her halachic gender.

“The external anatomy which is visible to the eye is what determines the halakha”.

He argued from the analogy of Elijah who ascended to heaven without dying. This ascension discontinued his human status, and therefore his marriage was automatically nullified, and so his wife was halachically free to remarry. This is a precedent for change of halachic status during a person’s lifetime, and thus a sex change has a halachic effect.

This is now a minority opinion within Orthodox Judaism, but the ruling is cited in Conservative and Reform Judaism where transsexuals are more accepted.

In 1963, he wrote a book in which he stated that there is no religious restriction on corrective surgery, however at this point he was referring to intersex persons. 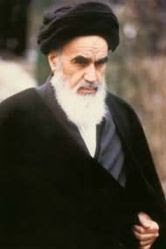 In 1978, before the Revolution, Maryam Khatoon Molkara, the pioneering Iranian transactivist, wrote to Khomeini who was then in exile requesting religious guidance. Khomeini replied that the case was different from homosexuality, and said that she should follow the Islamic obligations of being a woman.

In 1983, Molkara tried approaching Khomeini directly and was badly beaten up by his bodyguards before succeeding. Khomeini gave Maryam religious authorization for sex-change surgery. This has been taken to be a fatwa that covers other transgender persons as well, and is the basis of the current acceptance of sex-change surgery in Iran.

Interesting stuff! Where you got the video from? Can you post the link or embed code?

Either right-click over the posting and read the HTML or send me a signed email.