A pub in Camden Town, London, at 171 Camden High Street.   It was first licensed in 1751 and was originally called the Mother Black Cap, after a local supposed witch, one Jinny Bingham (c.1600- c.1680), known as Mother Damnable, whose parents had been hanged for witchcraft and procuring a death.   Another pub, the Mother Red Cap, was also named after her.

From the mid-1960s The Black Cap was a well-known gay pub, and later became known for its drag-queen cabaret. Its most famous performer was Mrs Shufflewick (who was often taken as a cis woman) who did a Sunday Lunch performance during the 1970s.  After she died in 1983, the upstairs bar was renamed The Shufflewick Bar - the management also paid for her funeral. 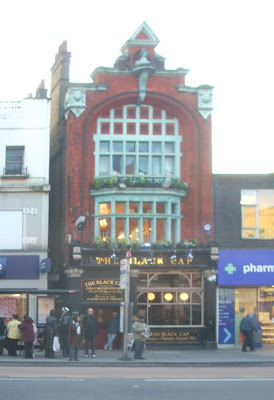 The gay Dennis Nilsen killed at least 12 young men and boys from 1978-1983.  One of his victims was Carl Stotter who performed at the Black Cap as Khara Le Fox. Nilsen started to kill him, but then let him go.  Stotter testified at Nilsen’s trial in 1983 (which resulted in a Life Sentence) - however he never got over the experience and became alcoholic and died age 52.  Nilsen died in prison age 72.

The heterosexual divorcee Anthony Hardy (The Camden Ripper) also frequented the Black Cap.  He murdered the woman he was living with and two female sex workers in 2002.  He has been given a whole life tariff and thus will never be released.

Also in 2002 Thomas McDowell, a homophobic male prostitute met a German trainee rabbi in the Black Cap, took him home and murdered him.   It is recommended that he never be released.

The pub continued as a venue for queer culture until 2015, when it was proposed to convert the building into flats.  However there has been a campaign to raise £3 million to purchase the pub and partner with an LGBTQ+ operator to operate it. 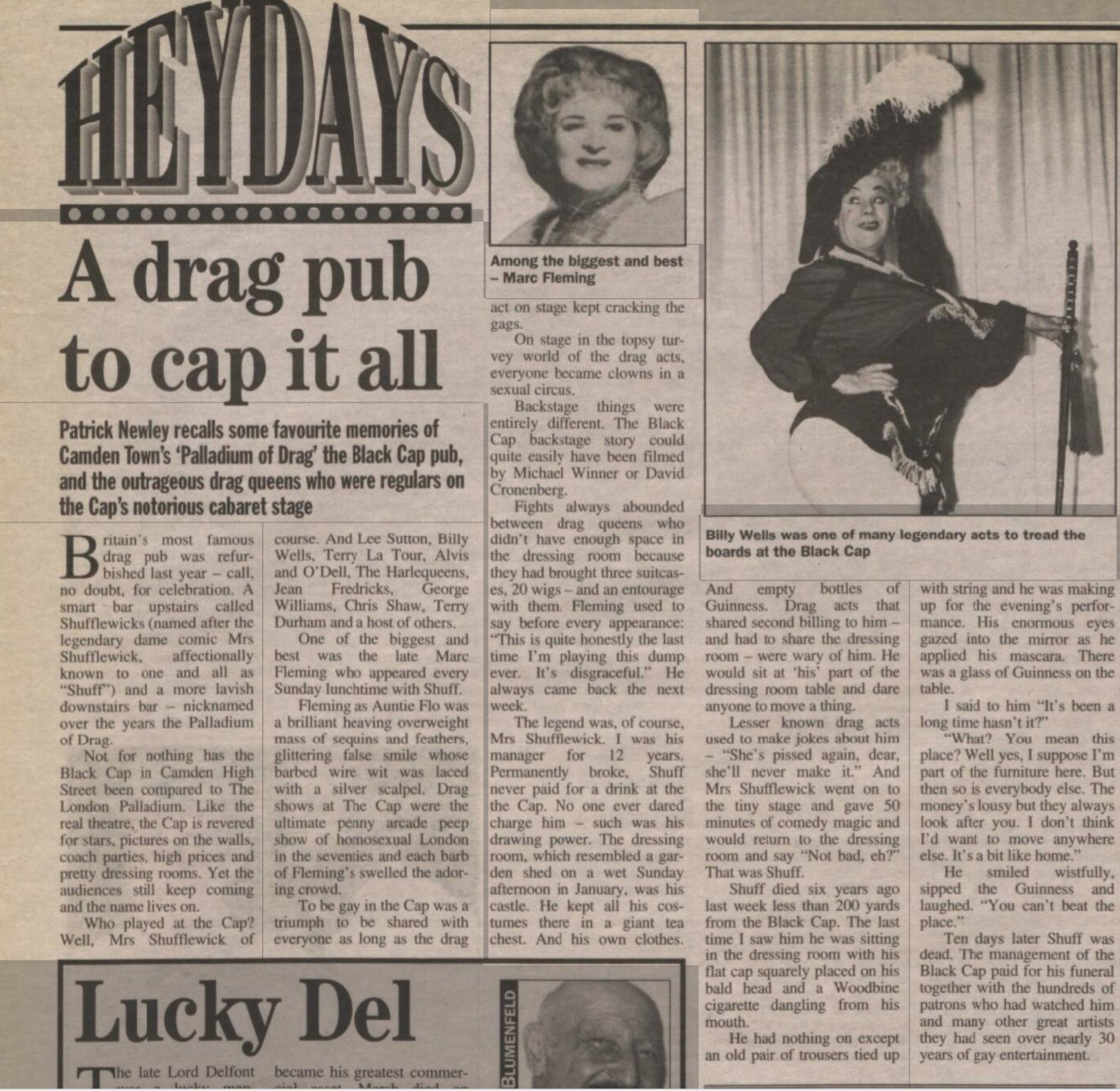 Email ThisBlogThis!Share to TwitterShare to FacebookShare to Pinterest
Labels: nightclubs