Trans Magyar/Hungary - a timeline - Part I: to WWII

Although the Revolution of 1848 failed, it did lead to Hungary becoming the third country of Continental Europe (after France 1791 and Belgium 1831) to hold democratic elections (June, 1848), and thereafter, set up a representative type of parliament which replaced the feudal-estates based parliamentary system.

The Hungarian Parliament proclaimed and enacted the first laws of ethnic and minority rights in the world.

Austrian military intervention in the Kingdom of Hungary resulted in strong anti-Habsburg sentiment among Hungarians. Thus the events in Hungary grew into a war for total independence from the Habsburg dynasty. Around 40% of the private soldiers in the Hungarian Revolutionary Army consisted of ethnic minorities. After a series of Austrian defeats in 1849, the Austrian Empire came close to the brink of collapse. The young emperor Franz Joseph I called for Russian help. Tsar Nicholas I sent a 200,000 strong army with 80,000 auxiliary forces. The joint army of Russian and Austrian forces defeated the Hungarian forces. After the restoration of Habsburg power, Hungary was placed under martial law.

The Austro-Hungarian Compromise of 1867 (German: Ausgleich, Hungarian: Kiegyezés) established the dual monarchy of Austria-Hungary. A single monarch, Franz Joseph I, reigned as Emperor of Austria in the Austrian half of the empire, and as King of Hungary in the Kingdom of Hungary. Hungarians widely considered the compromise as a betrayal of vital Hungarian interests and the achievements of the reforms of 1848. 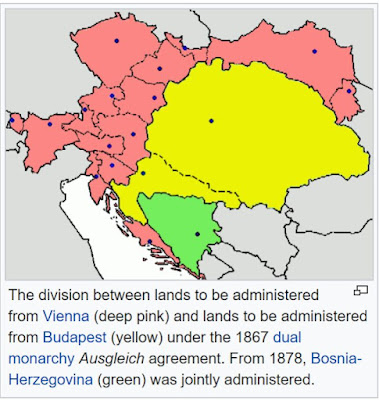 Gay man, Karl-Maria Benkert, although born in Vienna, was raised in Budapest. He later Magyarised his name to Kertbeny Károly Mária. In 1869 he published two pamphlets using the terms he had coined: homosexual and heterosexual.

After 11 years of being raised in Pest province as a boy and taught fencing, fishing, horseback riding and shooting, it was revealed that Vay Sándor was a girl, and she was sent to Dresden and enrolled under her legal name of Sarolta in a girls’ school, from where she ran away with a lover.

The first Hungarian Penal Code punished homosexuality between men (természet elleni fajtalanság – perversion against nature) with prison up to one year.

Vay Sarolta became one of the first Hungarian women to graduate with a university education. He then reverted to being Sándor. He lived entirely as a man, engaging in typical upper class behaviour such as drinking, duels and travel. Vay regularly contributed to newspapers. He had a reputation as a carouser, frequenting houses of prostitution and night clubs. Around 1882, he was involved in a duel over the actress, Hegyesi Mari, though it is unknown if she returned his affection for her. From 1883 to 1887, he was in another relationship with an actress, Eszéki Emma, whom he had met in the provincial town of Nyíregyháza. The couple were married by a priest and lived together in Pest.

Vay ended his relationship with Eszéki when he met Mari Engelhardt, a 26-year-old Austrian schoolteacher. To free himself from the existing marriage, Vay paid a large settlement to Emma. Against the wishes of the Engelhardt family, the new couple eloped and married in August 1889. Struggling financially, possibly due to gambling debts, Vay borrowed Ft800 from his new father-in-law, which he claimed was needed as a bond to obtain employment in a stock company. Herr Engelhardt then saw Vay as a swindler, sued him for fraud, and had him arrested. Some of Vay’s documents were found to be counterfeit, and his biological sex was revealed. Mari testified that she had no idea that he was not a man.

Based upon the physicians' statements to the court, that Vay was an invert and unable to behave differently, the court acquitted Vay of fraud and released him without requiring him to revert to being a woman. He returned to Budapest and to journalism.

Vay had his greatest success between 1900 and 1910. He compiled over 400 stories and published them in 15 volumes, becoming a popular and well-established author.

A young dancer had been with the Royal Opera for a few years. She was admired for her grace and modesty. However after developing signs of mental distress, she was taken to the Leopoldifelder Insane Asylum. Subsequent examination revealed that she was male-bodied (Hirschfeld p314)

Vay began working as a merchant in Rijeka/ Fiume in Croatia. He sold coffee and imported goods, and wrote and distributed a free newspaper called the Kávé Ujság (Coffee News). Though initially promising, his business failed and he returned to journalism.

Michael Semeniuk was head waiter at one of the most prestigious restaurants in Czernowitz (then in Austria-Hungary). He was well-regarded and popular. In 1909 he fell ill. Neighbours summoned a doctor, who met with such resistance when he attempted an examination that he had to leave without making a diagnosis. Michael poisoned himself overnight. Examination of the body disclosed that he was female-bodied.

24-year-old Fődi Viktória escaped from a bad marriage, took the name Pipás Pista (Pista is a nickname derived from Istvan or Steven, and Pipás is a pipe smoker) wore male clothing and travelled around the Great Hungarian Plain doing male jobs such as plowing, sowing, harvesting and slaughtering pigs. He was primarily employed by widows or wives whose husbands were unable or not doing the job for whatever reason. The advent of war in 1914 increased such work opportunities.

The Great War started in Sarajevo with the assassination of the heir presumptive to the Austro-Hungarian throne.

March: suffering from pneumonia, Vay Sándor was admitted to hospital. After undergoing surgery, he died of pleurisy age 58 on 23 May 1918 in Lugano, Switzerland.

With the end of war, the dual sovereignty of the Austrian Empire and the Kingdom of Hungary fell apart. Austria became a republic. In Hungary, after a year of being a republic, strongman and last Admiral of the Hungarian Navy, Miklós Horthy took over, re-established the Kingdom of Hungary and declared himself Regent. The apparent king, Károly IV, twice attempted to take the throne, but was rebuffed, exiled to Madeira and died shortly afterwards. Hungary continued as a kingdom without a king. By the Treaty of Trianon, 1920, Hungary lost over 70% of its territory and 66% of its population as Czechoslovakia, Yugoslavia and Poland came into being, and Romania was enlarged. 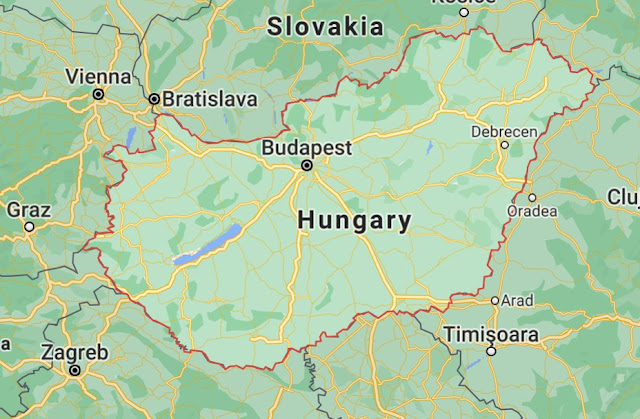 Some wives, having become used to independence, were not too happy with the return of their husbands from the war, especially if they were abusive. Divorce was not an option. In 1919 Pipás Pista performed his first husband-killing, that of Börcsök István, with the help of two male assistants, and in front of the wife and children. Pipás, hiding behind the main door, put a rope around Börcsök’s neck, at which moment his accomplices threw the other end of the rope over the beam, and started to pull it as quickly and as strongly as they could. They then carried the body to the stable—with the help of the victim’s oldest son—and hanged him so that it would resemble suicide. Pipás put a chair under the hanging corpse and knocked it down to look like it had been kicked away.

It is not recorded how many husbands were removed by Pipás Pista. Word of his services spread by word of mouth, but the authorities were not informed. The land was poor in the region, and small farmers were fairly often driven to genuine suicide.

Aranka Gyvengy performed female roles and minor parts on the stage in Budapest for 23 years before being outed.

Prinner Anna, student at the Magyar Képzőművészeti Egyetem (Hungarian University of Fine Arts) had two paintings hung by error in the Szépművészeti Múzeum (Museum of Fine Arts) where they were a great success.

Prinner moved to Paris in 1927, taking a French-style male name of Anton Prinner and from then wearing male clothes, a beret and smoking a pipe. Picasso would greet him as "Monsieur Madame".

Anton Prinner the artist had a constructivist period from 1932, and a figurative period from 1937. He did his first wooden sculpture in 1940, a medium that he so made his own that Picasso called him the "petit pivert" (little woodpecker). Himself only 1.5 metres, he carved statues up to five metres high.

In June 1932 local police broke up a couple’s quarrel, and walked the woman home. The man’s former wife was the daughter of one of the husbands that Pipás Pista had eliminated. The woman talked too much, and soon afterwards Pipás Pista was arrested and with two clients and assistants was put on trial. After the Tiszazug scandal in 1929 where 129 murdered husbands had been discovered, authorities wanted to minimize the charges against Pipás Pista. The arrest of course outed Pipás Pista as having a female body, and he was compelled to dress as a woman for the trial, something that caused obvious distress. He remained unwilling to admit to being a woman, even though it was reported that his gender was an open secret.

Pipás Pista was sentenced to death in January 1933, but the sentence was commuted by the Regent Miklós Horthy.

Martha Toth worked 20 years at a factory in Buda Pest. She had lived by herself, and had no man in her life. At age 50 she had a heart attack and died. The summoned doctor found that she was male-bodied.

Hungary formally joined the Axis powers in November. In 1941 it was part of the invasions of Yugoslavia and the Soviet Union.

The war left Hungary devastated, destroying over 60% of the economy and causing significant loss of life. In addition to the over 600,000 Hungarian Jews killed, as many as 280,000 other Hungarians were raped, murdered and executed or deported for slave labour by Czechoslovak, Soviet and Yugoslav forces.