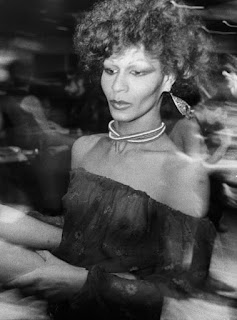 Potassa was a star in the early days of New York's Studio 54, 1977-8, where she was noted when on the dance floor, and liked to pick up straight Wall-Street type guys and take them to a balcony for oral sex.


Said to be from Santo Domingo, she was photographed by Andy Warhol – in the nude displaying her more than average male endowment.

She was also in the Salvador Dali set, and was seen with him around town.

It is not recorded what happened to her later.