Despite feeling from childhood that he was really a girl, Paul Williams followed his father and became an evangelical preacher. He married a minister’s daughter and they had three children. He has a Doctor of Ministry degree in Pastor Care.

From 1979, Williams worked with The Orchard Group, formerly ‘Go-Ye’ Chapel Mission, Inc, founded in 1948. Orchard Group ‘planted’ churches, providing financial support until the church could be financially independent. One of the rules of the Orchard Group was that LGBT persons could not preach. Williams became chairman in 1989.

He was also editor-at-large and a weekly columnist with Christian Standard magazine; head-writer and on-air host of the Worship Television Network, and a teaching pastor at two mega-churches.  Williams wrote a series of devotional books called Windows of Worship as well as the book Laughter, Tears, and In-Between.

In late 2012 Williams informed his son, Jonathan, a preacher in a newly planted church in New York, that he wanted to live as a woman. When Williams told the Orchard Group a few months later, they demanded an immediate resignation. Also she was no longer permitted to preach. 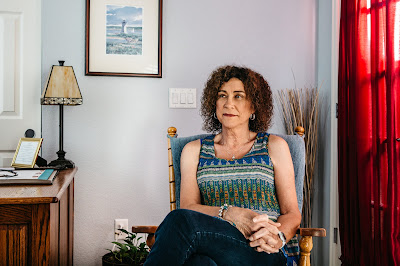 “In 21 states, you can’t be fired for being trans, but in all 50 states religious organizations have an exemption.”

Some mainline Protestant churches are more LGBTQ-affirming, but she didn’t connect with their liturgy or atmosphere. She stopped going to church. In 2015 she found an evangelical church that is about 30% LGBTQ.


“It’s a church full of people who have been wounded by evangelicals, and the fact that there’s still a church at all is probably a little bit of a surprise.”

Paula is still married to her wife, and they share a Christian counselling practice. Jonathan has been moving his New York church to an LGBT-affirming stance – which allows LGBT persons to preach.

One would have wished that while chairman of the Orchard Group, Paula had nudged it a little bit in a pro-LGBT direction.

Email ThisBlogThis!Share to TwitterShare to FacebookShare to Pinterest
Labels: Religious