Part I: Life
Part II: Theory
Part III:  7 factors that are not causes

Thomas Bevan’s father was a wildlife manager, and his mother a school teacher. Thomas was an only child, and was soon trying on his mother’s clothing. He tried to tell his parents that he was not really a boy, but quickly learned that his gender identity was something that should be kept a deep secret, and concentrated on science and on sports. Partly because they did not live in town, Bevan did not make male friends, and his female friends withdrew as puberty developed. Loneliness led to depression.

The football coach got Bevan an award in the senior year. He picked Dartmouth College, New Hampshire, for its football team and its Reserve Officer Training Corps (ROTC). Bevan graduated AB in psychology in 1969, and spent the next four years at Princeton University.

Thomas, like so many others, married a woman thinking that it would ‘cure’ the urge to cross-dress. However the graduate student housing provided the privacy to do so when his wife was at work.

Bevan was able to talk freely with “a somewhat mysterious lecturer” (p73).  This was Julian Jaynes, who was working on the ideas that he would publish as The Origin of Consciousness in the Breakdown of the Bicameral Mind, 1978. Bevan later described Jaynes as a mentor.

Bevan gained a PhD in physiological psychology at Princton 1973 with a thesis on Experimental Dissociation of Hypothalamic Finickiness and Motivatonal Deficits from Hyperphagia and from Hyperemotionality.

After graduation Bevan served as a Captain in the Army Medical Service Corps, and was involved in developing antidotes to chemical weapons and agents. After leaving the army, Bevan became a civilian contractor. One of the projects that he worked on was aircraft sensors.

The Bevans had two daughters.

Bevan's job involved near continuous travel, and the associated hotel stays provided opportunities for cross-dressing. Sometimes there would be a local transvestite group that provided dressing facilities at its meetings. Bevan accumulated enough female clothing – between purges -- that a second bag was being checked on air flights.

Bevan found Jan Morris’ Conundrum, and later some books by Vern Bullough in libraries, but being in the closet hid the book in the stacks rather than check it out. By the 1990s Bevan had rented a post-office box, and bought books and Tapestry magazine from IFGE.


“I particularly studied Virginia Prince How to Be a Woman though Male, information I use to this day”.

With the end of Cold War I, Bevan felt that he could come out a little. However most transvestite groups met on weekends only, and he was not prepared to tell Mrs Bevan. So he went instead to a BSDM group that met on a weeknight. Using the listings in Tapestry Bevan did find cross-dressing groups in different cities to attend.

Bevan also started taking testosterone by patches, hoping that it would ‘cure’ the cross-dressing.

Thomas found another wife using the new invention tele-conferencing. This wife knew from the beginning that Thomas was a cross-dresser. Bevan found a job in Atlanta where she lived, and moved in with her:


“she panicked when she saw all the ‘junk’ that I had, which consisted mostly of professional technical files, electronic junk and all my carpentry and metal working tools”.

From 2000-2005, Bevan was an Associate Lab Director at Georgia Tech Research Institute, and did work for Department of Defense customers.

Using the name 'Dana', Bevan found a therapist who was experienced in Transgender issues, although Bevan continued to pretend that it was marriage counseling.

From 2005-2011, Bevan was a Research VP at KFORCE Government Services in Atlanta, working on artificial intelligence algorithms for Homeland Security.

In 2007 Dana gave a paper at the IFGE conference held in Philadelphia. Dana started transition in 2011. She gave presentations at the Southern Comfort Conference in 2011 and 2012, and to WPATH in 2012. 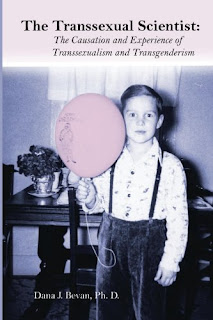 In 2013, as Dana Bevan, she published The Transsexual Scientist: The Causation and Experience of Transgenderism and Transsexualism, a mixture of autobiography and the science of TSTG as she named her condition. The next year, reverting to her male name, Thomas Bevan, she published a 280 page exposition, The Psychobiology of Transsexualism and Transgenderism: A New View Based on Scientific Evidence.

She gave a workshop at the 2015 Fantasia Fair.

In the title of The Transsexual Scientist, Bevan refers to herself as ‘transsexual’, tells of taking hormones, electrolysis but says nothing of surgery. In the Dartmouth Alumni Magazine, 2017, Dana says:


“I still present as male at family gatherings, primarily because of in-laws and friends of my children. The trend seems to be that younger people are more accepting, so we’ll see what happens with my grandchildren’s generation.”

Dana ends her autobiography, The Transsexual Scientist with 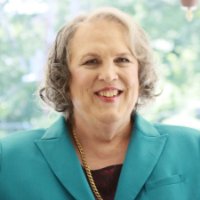 “Knowing what I know today, I should have chosen transsexuality earlier in my life and fought for being my authentic self, no matter what the cost. The delay has cost me time, friends and productivity. I had several good opportunities to choose correctly but I passed them up, choosing to fight another day.” (p. 155)

TGForum says that “Thomas E Bevan” is a pen name; Dartmouth Alumni Magazine says that it is her professional name. It is the name on her PhD.

In Bevan’s 2013 and 2014 books she uses the term TSTG as a collective noun, for individual trans persons, for the phenomenon and as an adjective. E,g: “Many TSTG suffer from depression”; “TSTG behave as they do”; “Although TSTG is no longer regarded as a disorder”. Fortunately the usage has not caught on. She does not use the acronym in Being Transgender, 2016, but does still use it on her LinkedIn page and elsewhere.

“For the purposes of research I treat transgenderism and transsexuality (TSTG) as one phenomenon. Many transgendered people become transsexuals. Most important, there is no scientific evidence to distinguish between the two, other than the frequency of TG presentation.” (2013 interview with Dartmouth GLBT Alumni)   This statement will of course alienate many transsexuals.   While the DNA and epigenetic triggers may be indistinguishable between transvestites and transsexuals, they do not constitute the totality of causality, and a scientific approach that does not examine the wider picture is not the best of science.   See more in part II.

The text of The Transsexual Scientist disguises the names of the universities that Thomas attended, but then openly names them on and only on the back cover. Likewise the text hides the name of the mentor at Princeton, but gives his name in a dedication at the front of the book.

On p30 of The Transsexual Scientist Bevan says “I gradually put aside my love of music and art lest these be seen as ‘feminine’”. This was in the mid 1960s when the Beatles and the Stones were changing music. The feminist criticism of ‘60s music is that it was far too masculine.

Bevan is yet another writer who repeats the misinformation that ‘transvestism’ was coined by Magnus Hirschfeld (p38). However she does not like the term: “Today, transvestite is regarded as a pejorative word and is used primarily in degradation of transsexuals and transgender people” (Psychobiology: 42).  This may be so in the Tri-Ess culture, but despite Prince's efforts, Tri-Ess never did own the word.

Is Bevan a Princian?   In addition to her statement: “I particularly studied Virginia Prince How to Be a Woman though Male, information I use to this day”, let us look at the appendices to The Psychobiology of Transsexualism and Transgenderism.    The only autobiographies listed are her own, Jan Morris,  Jennifer Boylan's She's Not There, and for some strange reason, the novel Middlesex by Jeffrey Eugenides.  The only self-help books are two by Prince, Crossdressing with dignity by Peggy Rudd and Identity Management by Dallas Denny.  The only support groups are Beaumont Society, Seahorse Society, Renaissance, Tiffany Club,  Transgender Educational Association, Tri-Ess and Susan's Place.    So she certainly looks like a Princian.