“The story’s told/ With facts and lies”. Leonard Cohen.

A series of untruths, canards, lies and misinformation that are repeated with regard to trans history.

Part I: the claims
Part II: the actual evidence

We are interested in Edward Hyde, also known as Lord Cornbury, and after his father's death in 1709 as the 3rd Earl Clarendon, in that he is repeatedly said to have been a transvestite. However there is considerable difficulty in tracing the claims back to actual 18th century accounts. 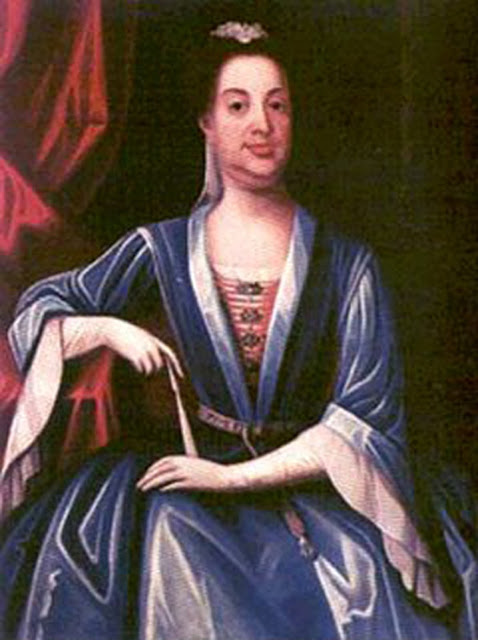 There is a portrait, which is said to be of Edward  Hyde in female attire, that can be viewed in the collection of the New York Historical Society.

Some examples of the claims:


“Among other apish tricks, Lord Cornbury, the ‘half-witted son’ of ‘Henry, Earl of Clarenden’ is said to have held his state levees at New York, and received the principal Colonists dressed up in complete female court costume, because truly he represented the person of a female sovereign, his cousin-german queen Anne.”

Peter Ackroyd. Dressing Up: Transvestism and Drag: The History of an Obsession. 1979: 84-6.


“Edward Hyde, for example, cross-dressed while he was Governor of New York and New Jersey (1702-1708). He bore a remarkable resemblance to his cousin, Queen Anne, and was fond of walking through the streets of New York dressed in clothing similar to hers.”

Richard Davenport-Hines. Sex, Death and Punishment: Attitudes to sex and sexuality in Britain since the Renaissance, 1990: 74.


“According to Glenbervie, Clarendon ‘was a clever man’ whose ‘great insanity’ was showing himself in women’s clothes. When New Yorkers complained that he opened their legislative assembly dressed as a woman, he retorted, ‘You are very stupid not to see the propriety of it. In this place and particularly on this occasion I represent a woman (Queen Anne) and ought in all respects to represent her as faithfully as I can.’ Effeminacy and male transvestism were not clearly distinguished at this time, and there was no evidence that Clarendon was a molly. He was undeniably, though, a man who felt false when he dressed and behaved as men were expected to do.

Roger Baker. Drag: A History of Female Impersonation in the Performing Arts. 1994: 99


“In 1702, the newly-crowned Queen Anne made her cousin, Edward Hyde, Lord Cornbury, the Governor of New York and New Jersey, a post that he held for six years. To the astonishment and bewilderment of both his colleagues and the general population he persistently dressed as a woman. This was not private or closet transvestism but assertively public. He opened the Assembly in women’s clothes, government business had to be delayed until he had completed his lengthy toilette, he would stroll through the streets in his skirts and dozens of people gawked at him every day.”


“In North America Edward Hyde. Lord Cornbury, who was governor of New York and New Jersey from 1702 to 1708 was a heterosexual transvestite”.


“Cornbury’s behaviour seemed odder still when he began dressing in his wife’s gowns and, berouged and bepowdered, flounced daily along the parapets of the fort he commanded, while his sentries smirked. On occasion he sallied along Broadway, where at least once he was arrested and hauled back to the fort; one night, when a patrolling watchman investigated the presence of an apparent prostitute stumbling about the fort, the ‘prostitute’ – Cornbury leaped at him, giggling, and pulled his ears.”


“In the simplest of terms, Hyde was a drunkard and an unabashed transvestite, with a penchant for addressing the New York Assembly while wearing his wife’s clothes.”


“One of the remarkable characters I discovered while doing some transgender history research for my book was Lord Cornbury. …. .Cornbury is reported to have opened the 1702 New York Assembly clad in a hooped gown and an elaborate headdress and carrying a fan, imitative of the style of Queen Anne. … It is also said that in August 1707, when his wife Lady Cornbury died, His High Mightiness (as he preferred to be called) attended the funeral again dressed as a woman. It was shortly after this that mounting complaints from colonists prompted the Queen to remove Cornbury from office.”

Who was the historical Edward Hyde

(mainly taken from chapter 2 of Patricia U Bonomi's The Lord Cornbury Scandal, 1998)

Edward Hyde (1661 - 1723) was born into a family with strong links to the Stuart dynasty. His grandfather, also called Edward Hyde, had been a faithful servant to Charles Stuart the younger during his exile under the Commonwealth. When Charles Stuart became King as Charles II in 1660, he appointed Hyde as Lord High Chancellor, Baron Hyndon and then Earl of Clarendon. As a courtesy the eldest sons of the Earls Clarendon were to be Viscount Cornbury. Hyde’s eldest daughter, Anne, married James, the younger brother of Charles II, and gave birth to two future queens, Mary and Anne, before dying at age 34. Hyde, morally inflexible, refused to recognise the main mistress of Charles in 1667, and was impeached and exiled to France, where he died in 1674. His eldest son, Henry then became the 2nd Earl of Clarendon. Thus the Cornbury title went to his son, the younger Edward Hyde. Henry was appointed Lord Privy Seal and Lord Lieutenant of Ireland. His first wife had died age 22 of smallpox, a few months after Edward’s birth. Edward attended Oxford University at age 13, and completed his education at l’Académie de Calvin in Geneva. In 1683, he became Lieutenant Colonel of the Royal Regiment of Dragoons. When the Catholic James Stuart became king as James II in 1685, there was an uprising, Monmouth’s Rebellion, objecting to a Catholic monarch, led by James’ illegitimate half-brother, the Duke of Monmouth. Hyde commanded his troops in the repression of the rebellion and was promoted to full Colonel. The same year he also became a Tory Member of Parliament. In 1688, against his father’s wishes, he married Katherine O’Brian. By then Henry Hyde and his brother Laurence had been dismissed from office because they would not convert to Catholicism. Later in 1688 Mary Stuart’s husband, William of Orange, invited by MPs of both parties, invaded to save Britain for Protestantism – The Glorious Revolution . Edward Hyde was one of the first commanders to take his men over to William’s side. Despite this he fell out of favour with William, and had his regiment taken from him. He remained out of favour until 1701 when William appointed him as Governor of New York, to which was added the post of Governor of New Jersey in 1702 when Anne became Queen. Hyde acquitted himself well in negotiations with French Canada and with the Iroquois Nations, but was resented by some for running the two colonies in the interests of the monarch. Katherine died in 1706: of their seven children, three then still survived. Henry the 2nd Earl died in 1709, and Edward returned in 1710 as the 3rd Earl. He was appointed to the Privy Council and named first commissioner of the Admiralty. He was also sent as ambassador to George, Prince of Hanover, Anne’s chosen successor. Hyde died in 1723, having outlived all his children. He was interred in the family crypt in Westminster Abbey.

In Part II we will consider the actual evidence. That, we will find, is at variance with the claims quoted above.