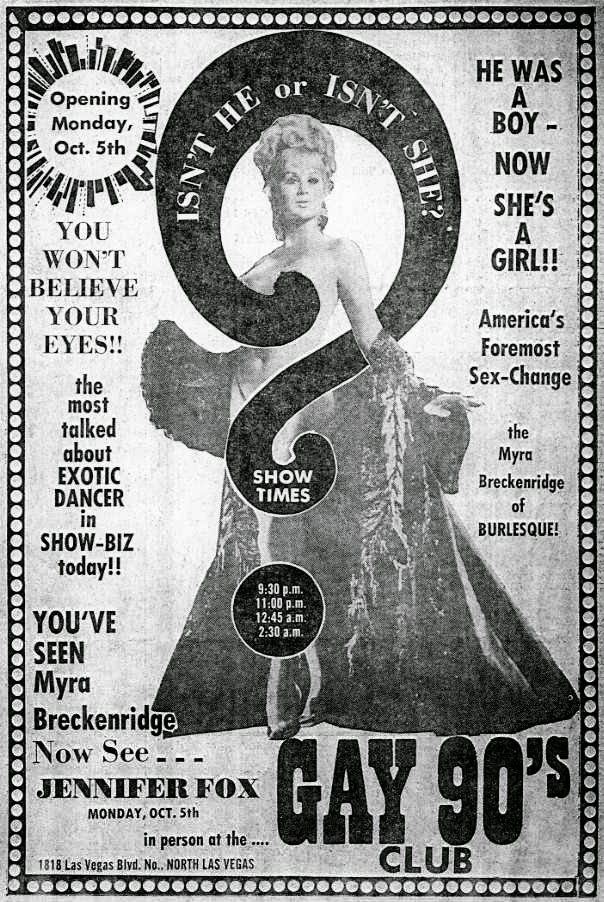 Jennifer Fox, a Las Vegas stripper and showgirl, was preparing for genital surgery in 1968. She was advertised as “The Myra Breckinridge of Burlesque” and “Isn’t He or Isn’t She?"

Surgery over, Fox opened at the Gay 90s Club in North Las Vegas on October 5, 1970. The advertisements were sensational and exploited Jennifer’s surgery—which was a marketing ploy Fox herself approved: "I didn't let the public know about it at first. I continued to build my name as a stripper. ... We decided to advertise [my surgery] as a special attraction. And it worked. It's been good for business." 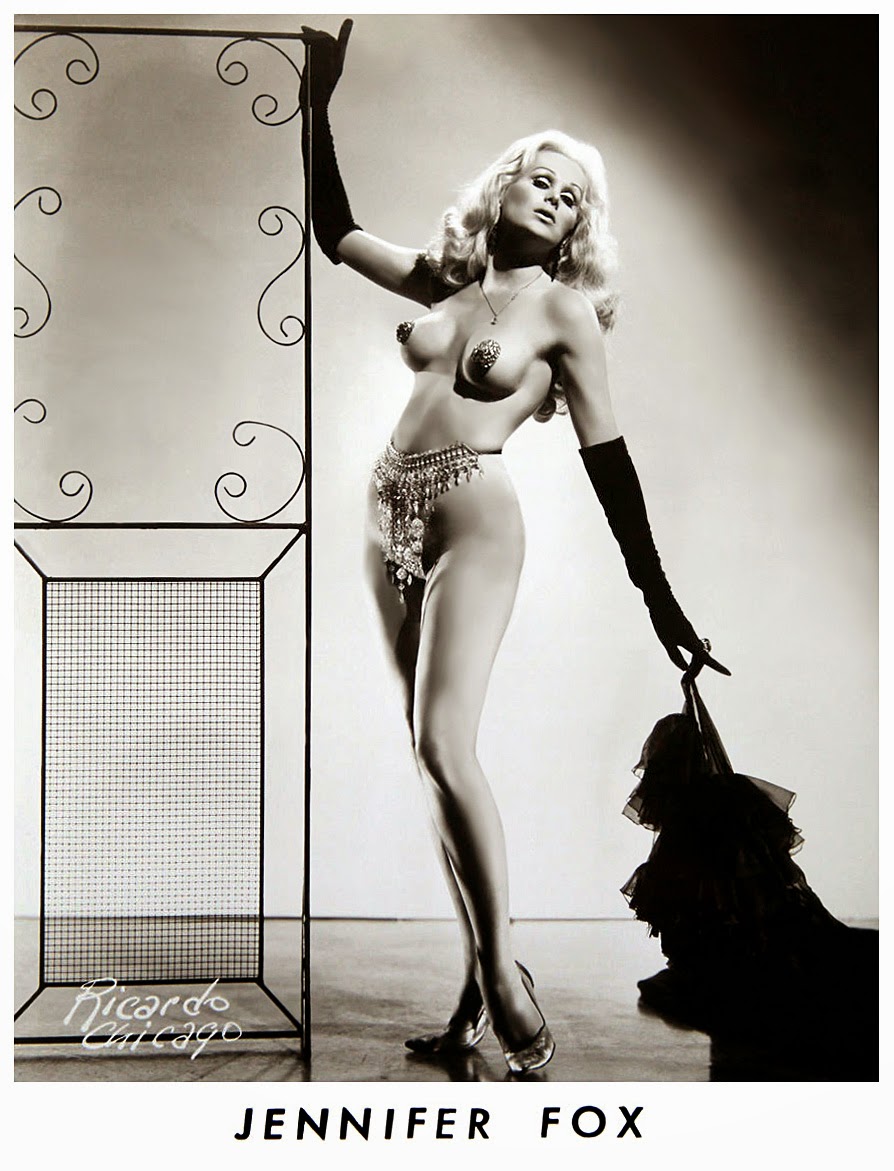