From 1905 Dr Pelletier eked out a living as a local doctor, a doctor for the post office and was the ﬁrst woman to become the doctor for the welfare department.

She always wore her hair short and wore male clothing, but refused to apply for a permission de travestissement. She considered that female clothing represented slavery. Being short and fat she did not pass well. Sometimes she had to walk fast to escape public taunts. She was known to carry a revolver in her pocket. She would shout, use slang and go to places where women were not supposed to go.

She was an active feminist and socialist. From 1905 she was on the national council of the French Socialist Party, and represented it at most international congresses before the war. However the socialists made fun of her at meetings and pretended not to recognize her in the streets.

In 1906 she became secretary of La Solidarité des femmes, and published La suffragiste. In 1910, forty women attempted to run in the election, Pelletier in the 8th Arrondisment in Paris as the Socialist candidate, but all their candidatures were rejected. 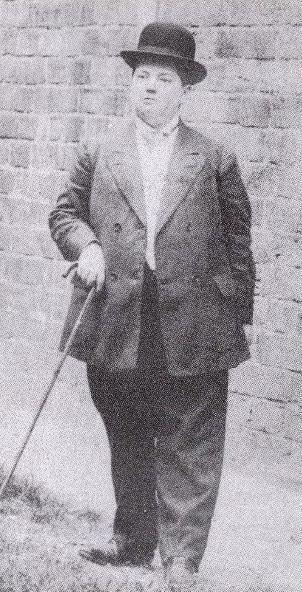 Pelletier was strongly in favour of birth control and abortion and wrote for Le Néo-Malthusian. She posited the right of a woman over her own body as an absolute right. She argued against the Natalists for whom a high birthrate was a patriotic duty, and against the Communists for the freedom of the individual. She argued that women had just as much right as men to sexual pleasure, and for that contraception, including abortion, was necessary.

A police report (she remained an object of police surveillance throughout her life) described her as 'tribad', but it seems that she was celibate. She regarded sex with men as part of the oppression of women, and expressed contempt for feminists who wanted to remain feminine. On occasion she even rejected sex as a degrading animal activity, an attitude shared with bourgeois women on the National Council of Women.

She proposed two categories of women: the superior kind who are totally independent including sexually; and the others. Feminists said that all that was against nature and an injury to feminism. Anti-feminists mocked her as showing where feminism leads – she confirmed their fears. She would say that her dress said to men that she was their equal, and that she liked to externalize her ideas. That whoever is truly worthy of liberty doesn't wait for someone to give it, but takes it.

Pelletier advocated for the virilization (her coining – she liked provocative and polemical words) of women: not just access to education, work, art or writing, but also to duelling, military service and militant chastity.

In 1914 she put out a pamphlet proclaiming the right to abortion, and afterwards did abortions in her office.

During the Great War Pelletier worked for the Red Cross treating the injured from both sides, and attended pacifist meetings. On one occasion in Nancy, a crowd took her as a German spy because of her strange appearance. In 1916 she wrote: "Du soleil, il y en a peu dans ma vie. Le monde n'aime pas les femmes qui se distinguent du troupeau; les hommes les rabaissent, les femmes les détestent. Enfin, il faut se résigner à ce que l'on ne peut empêcher et je ne donnerais tout de même pas ma place contre celle d'une brebis bêlante (There is little sunshine in my life. The world does not like women who stand out from the herd, men belittle them, women hate them. In the end, we must resign ourselves to what we can not help and I would not change places with a bleating sheep.)"

She joined the French Communist Party when it was founded in 1920, and the next year visited the Soviet Union, despite that being illegal at the time. To do that she had to wear female clothing and a wig: it was like being a transvestite. On return she wrote Mon voyage aventureux en Russie communiste. However she left the Party in 1926. Afterwards she was an anarchist.

In 1937 she had a stroke which left her partially paralyzed.

A note on fashion.   Women born in the 1870s experienced a somewhat one-off chagrin.   All through their youth, their courting, and their motherhood, they were expected to wear ankle-length skirts, and then in the 1920s, when they were well into middle-age, skirts were shortened.   A serious case was made against women's clothing before the great war.  The long skirts combined with corsets  could be quite dangerous impeding the wearer from escaping from fires, tram accidents etc.  But Pelletier's dislike for female clothing continued through the 1920s and until her death.  She would certainly not take advantage of the new freedoms whereby women showed their legs.  She considered the practice of a low decolletage, that is plunging necklines, in pre-1914 dress as 'servile'; showing one's legs as well was even worse.

Obviously Pelletier is some kind of gender variant, but she eludes our 21st century categories.   Social constructions like non-binary, gender queer or female masculinity were not available during her lifetime, and so she could not use them.

Christine Bard comments “On peut penser qu'en étant assimilée à l'homosexualité, l'étrangeté de Madeleine Pelletier devient soudain plus familière (One might think that being equated with homosexuality, the strangeness of Madeleine Pelletier suddenly becomes more familiar)”p246, and then “Sur le plan personnel, elle est très proche des transgenres d'aujourd'hui (On a personal level, she is very close to today’s transgender) p247“ but does not pursue this idea.  A proper discussion of Pelletier’s place in trans history is yet to be written.

Jack Halberstam in his seminal Female Masculinity, discusses the rich British and US expatriates in Paris in the 1920s, but pays no attention to to native Parisians.  Radclyffe Hall was rich and did not have to work, and could be dismissed as merely playing at masculinity.   Pelletier was born in the slums, and by her intellect and hard work became one of the first female-born doctors.   Halberstams’s notion of female masculinity is severely deficient in that persons like Pelletier are not included.


There has become an industry of many books about the rich lesbian expatriots in Paris in the 1920s.  I checked several of them, and again and again there is no mention of native  working-class Parisians such as Pelletier.

There is no mention, in any of the sources that I consulted, of Pelletier’s reaction to the news that a fellow Parisian resident, one Einar Wegener, went to Dresden and became Lili Elevenes, or that in 1912 a Berlin surgeon had done gender surgery on a trans man.  As a doctor Pelletier must have been aware of these developments.   Nor is there any mention of her reaction when the exiled Magnus Hirschfeld came to live in Paris in 1933.

Publications by Madeleine Pelletier
By Others:
FR.WIIPEDIA   EN.WIKIPEDIA    Worldcat
Time: 09:45