Edward Sagarin was the youngest of eight children born in Schenectadty, New York to Russian-immigrant Jewish parents. His mother died in the 'Spanish' Influenza epidemic in 1918, and his father remarried and moved the family to New York City. After high school, Sagarin spent a year in France where he met André Gide, the author of Corydon.

Despite his interest in men, he married and they had one son. After a variety of jobs Sagarin established himself in the cosmetics industry and became an expert on the chemistry of perfumes. In 1951, just three years after Alfred Kinsey's Sexual Behavior in the Human Male, Sagarin published the ground-breaking book, The Homosexual in America: A Subjective Approach, using the pen-name of Donald Webster Cory (constructed from Gide's Corydon – Gide died in 1951). This was the first non-fiction book to describe what it was like to be homosexual in the US at that time, and argued boldly for homosexual rights. The book was reprinted seven times in hardback, translated into French and Spanish, and issued as a mass-market paperback in 1963.

Sargarin's employer somehow found out that he was the author, and fired him. Nevertheless, several more books on the topic were issued under Cory's name.

From 1955 Cory was active in the New York branch of the Mattachine Society.  In 1958, Sagarin returned to college. He completed a BA at Brooklyn College in the same class as his son. He followed this with an MA thesis on 'dirty words', which was published as a book, and the author photograph outed him to members of the Mattachine Society as the same person as Cory. He went on to do a PhD at New York University in sociology.

He became associated with the psychologist Albert Ellis, and co-wrote books on incest under his own name. Donald Cory and John LeRoy (a sex partner whom he helped out financially) issued The Homosexual and His Society which claimed that there is no such thing as a 'well-adjusted homosexual', and also discussed hustlers, and challenged the then common assumption that homosexuals were security risks.

Sagarin was increasingly at odds with the new activists in the Mattachine Society including LeRoy who were advocating for civil rights and liberation for homosexuals. In 1965, after a bitter fight for control. Sagarin quit the Mattachine Society. The conflict, expressed with some bitterness, appears in his PhD thesis, Structure and ideology in an association of deviants, that he submitted in 1966.

He secured an academic position at the Baruch College campus of the City University of New York, where he became known as an excellent teacher, and a specialist in deviancy.

In 1968, he wrote a paper "Ideology as a Factor in the Consideration of Deviance" for The Journal of Sex Research, in which he made the commonplace observation that scientists are not always as objective as they should be. In the section he named "Normal Necrophiles and Transsexuals", he quotes Harry Benjamin finding "no evidence of serious mental illness", and replies:


"Benjamin describes a condition in which 'the male speaks of his female counterpart as of another person,' but to label this schizophrenia would constitute social condemnation, rather than diagnostic realism" and "One need only read the case histories, written by Benjamin or his collaborators, to note how disturbed are the patients".

The Journal allowed Benjamin to reply:


"My criticism of Sagarin's contribution is that his own ideology leads him to draw unwarranted conclusions in some (not all) instances, and his tendency to generalize too much".

Sagarin worked with George L. Kirkham, another sociologist who had worked as a policeman in the cause of research. They produced a paper that was reprinted in Saragin's 1969 book, Odd Man in; Societies of Deviants in America, mainly about Change: Our Goal (COG), the San Francisco transvestite/transsexual group and its then unique experiment of co-operation with the police force via the efforts of Officer Elliot Blackstone (whom they do not mention or name). Sagarin & Kirkham fail to see this as a step forward, and in what is closer to journalism than to sociology deride the COG members as fantasists.


"Transsexuals may be divided into two groups: those who have had sex reassignment surgery performed, and those who desire it. The former generally prefer not to mingle with the latter. Convinced (or hoping to convince themselves) that there is no difference between a man-made and a 'God-given' vagina, they view themselves as real girls who can share nothing with men who only wish to become women. ... the second transsexual category – those who desire sex reassignment surgery – is harder to define. It consists of people (for the moment, call them homosexuals) who live in the fantasy world of attempting to accept, and of forcing the acceptance of, the view that they are members of the other sex." (p119) "In the case of the transsexual, this self-image is doubly unacceptable: on the one hand, he suffers from being labeled homosexual, and on the other from being ultrafeminate." (p 122) "In fact, the transsexuals are constantly faced with the problem of explaining the presence in their midst of individuals who are clearly either neurotic or psychotic." (122)

In 1975 Sagarin reviewed Being Different: The Autobiography of Jane Fry, edited by Robert Bogdan. He starts by attacking Bogdan's normal politeness in using female pronouns for Fry:


"There had been (and at the time of writing this had remained the case) no sex-reassignment surgery, so that we are dealing with an anatomic male who claims to be a woman trapped in a man's body. For scientific purposes, no question can arise as to the gender: this is a male, and the words 'she' and 'her' constitute a travesty, a playing of the game of someone deeply disturbed."

Sagarin justifiably points out a silence in Bogdan's commentary:


"Nonetheless, unbeknown to Bogdan and probably to Jane Fry as well, there will be found here some of the most penetrating descriptions of transsexuals in the literature. No one has portrayed these people with as much contempt as has Fry: his hatred and anger know no bounds. The scene is a doctor's office in Brooklyn (the name has been changed, but most readers of this journal will recognize the people – [Dr Wollman's almost certainly]), and those present are described by Jane as a bunch of screaming, catty drag queens not the sort of a person that he would ever associate with or want to be linked with. I wonder what Bogdan would have said had this reviewer written the description of that scene?". 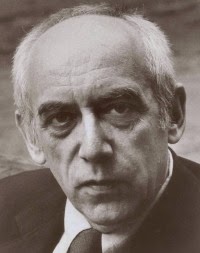 Through the early 1970s Sagarin became a noted critic of the gay liberation movement, while at the same time pursuing an active sex life with hustlers whom he met in Times Square and similar places. He argued for decriminalization, but at the same time characterized gays and trans persons as pathological and disturbed.

In 1974 he attended the convention of the American Sociological Society in Montreal. In a panel on "Theoretical Perspectives on Homosexuality," he proceeded to attack the liberationist scholarship as special pleading. Also present was Laud Humphreys, likewise a married homosexual who had come to academia late in life. Humphreys slyly referred to Sagarin a few times as Dr Cory, which resulted in Sagarin withdrawing. He then avoided controversies about gay topics.