Marais was born and raised in Cape Town, in a religious family. As both parents worked, the child lived, until the age of ten, with other family members, and was sexually abused by an uncle.


"I knew that I was a girl because I looked like all the other girls, but why did that make me sad? … The most permanent thought and feeling in me almost all of my life was this feeling of just going though the motions. Medication was the only thing that could bring me out of this feeling of wanting to die and possibly commit suicide."

When in hospital having the appendix removed, a friend suggested that to Marais that she was a lesbian. She knew that she had had crushes on girls but thought that "this was wrong as it's not Christian". At this time, 'lesbian' was the only concept that she had encountered that approximated her feelings.

Marais qualified as a teacher, but did not feel suited to the profession,  and was admitted to a psychiatric hospital in 1978. The uncle who had abused her came to visit and Mrs Marais applied for a court order to keep him away. The lawyer who was assisting met Marais, and straight-away asked: "Have you ever considered having a sex change?". This set her thinking.

Marais obtained a teacher's post in a small school of 50 children in Port St Johns in the Eastern Cape.


"I met a girl there, and it was like an instant attraction for both of us. The sex-change thing didn't yet sit well with me because it was impossible, So we went with the lesbian thing."

In 1981 Marais moved back to Cape Town and found work at a newspaper. When the girlfriend arrived she was pregnant, which led to their breaking up. 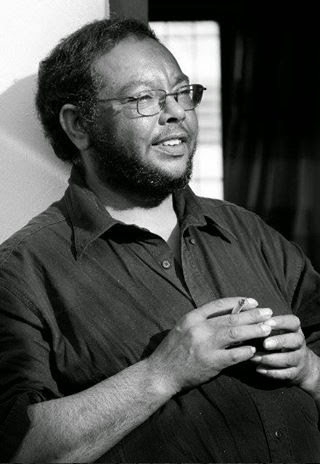 In the mid-1980s Charl Marais discovered the Cape Town group, Phoenix, which was a Virginia Prince type group of mainly married cross-dressers. Charl was welcomed to their meetings and parties, and made a fuss of as he was their only female-to-male member, and also their only coloured member (this was still the apartheid era). One of the members was transsexual and told Charl about gender surgeries, and that operations were being done in Durban by Dr Derk Crichton.

In 1992 Charl had a hysterectomy and an ovarectomy, and was able to change the name on his ID card (but not the gender code embedded in the ID number).

One girlfriend left because he didn't have phalloplasty, even though he couldn't afford it. Another committed suicide.

From 2002 Charl worked as a bookkeeper.

After the Alteration of Sex Description and Sex Status Act 2003, he applied again to change his ID number but each person he saw demanded different documentation. In 2009 he tried again armed with letters from a psychiatrist, psychologist and two GPs, and the Department of Home Affairs lost his application form. He tried again in June 2010, and this time was successful.

He became involved with Gender DynamiX, South Africa's major transgender organization, and for some years was their bookkeeper and newsletter editor. In 2010 he was a co-editor and contributor to Trans: Transgender Life Stories from South Africa.