Juan Atum from Gualeguaychú, Entre Rios, descended from a family of clowns, became famous on Argentinian television as Pequeña P. She competed with Florencia de la Vega for boyfriends, appeared in the show at El Angel, and had a small part in the film Fantasma de Buenos Aires. 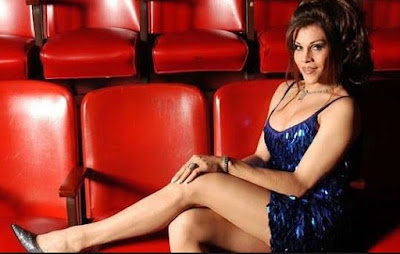 From 2003 she lived with Miguel, a taxi-driver, and was also having an affair with a policeman.

At the age of 27 her body was found hanging by her boyfriend. He was initially charged but the case was dismissed for a lack of evidence, and Pequeña was ruled to be a suicide who should be interred without an autopsy. However Juan's mother did not accept this verdict, and registered a complaint.

This resulted in a forensic investigation which found that Juan had been struck in the face and stomach before death, and that neither the electrical cord nor the scarf that it was proposed that she had used to hang herself would have borne her weight. There were also calls on her phone after she had been found dead, one to a nephew of a former president.

A few weeks later the Gualeguaychú police found the decomposed remains of Ramón "Rony" Galante who also was a travestie using the name Gisela, and also cleaned house for Atum.

Three years later when her sister and mother attempted to retrieve her body from the Gualeguaychú Judicial Morgue, it was found to be missing. The sister Alejandra Atum was threatened by phone several times for persisting in her inquiries.
Blog     CineNacional

As with International Chrysis and Sir Lady Java, we have a male name and a performance name but not a female name.   This could be a defect of reporting, although I consulted more than the 5 articles listed above.   It could be that Pequeña P. thought of herself more as gay than as female, as was common until fairly recently.
Time: 15:15