++some changes of detail, based on feedback from Miranda.

From Manchester, Yardley completed a degree in Accounting and Finance at Bangor University in 1990.

After moving to London, Yardley qualified as a Chartered Accountant and worked externally for a publishing company. In 2000 Yardley & Co, a small independent accounting business was set up. The publisher considered shedding a couple of titles.


“Early in 2002 the company wanted to remove Terrorizer from their portfolio of titles, and they offered it to me earlier in the year and I politely declined, later on the same year the company’s circumstances changed and when they offered again, I took it with both hands”.

Terrorizer, published every four weeks, specialized in extreme music, and Yardley's takeover was at the time of its first Genre Specials: Punk, Gore and Prog in 2002 and Thrash in 2003. They also arranged live gigs. Yardley incorporated as Dark Arts Ltd.


Terrorizer Online was launched in 2007.  2009 saw the bi-monthly Dominion and the standalone Sick Sounds.


“I made a very difficult decision last year to move from a role as a practising accountant and earning a reasonable amount while part-time managing Terrorizer to taking on these concepts that I had in my head”.

It was also during this period, 2008, that Yardley completed transition as Miranda.


"I am known as being a trans woman who gets along in a world that’s very male dominated, not that I would ever deny the male privilege that got me here."

Miranda is an outspoken woman, and does not automatically accept the new dogmas of the trans movement.


"What are the implications for women of positing the existence of a "female brain" in a society where to be female is to be considered inferior? Should someone be accepted as a woman just because they say they are? Do the rights of a trans woman who has lived as a man for 60 years to not feel intimidated by having to use male facilities trump the rights of women to have a safe space where they do not need to be concerned about voyeurism or sexual violence? " 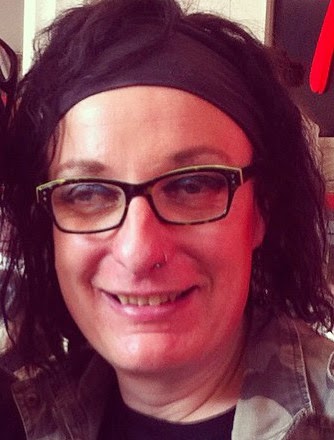 Others have rushed in to proclaim her to be a TERF, or a 'self-hating trans woman". She labels her own position as 'gender critical' a term proposed by Joan W Scott in 1986, also used by some anti-trans feminists with far less nuance.

On 11 August 2014 BBC's Newsnight attempted to set a discussion re the boxing promoter and UKIP candidate, Kellie Maloney, who had recently come out as trans. They approached some feminists such as Julie Bindel and Sarah Ditum, but based on previous experience none of them would have anything to do with the topic. Therefore Newsnight settled on two trans women and one trans man: Miranda Yardley, Paris Lees and Fred McConnell. Paris took umbrage with the lineup and tweeted that she was “not prepared to enter into a fabricated debate about trans people’s right to exist/express themselves". Fred tweeted that it was a “TERF-filled trap”. Then Newsnight had to inform Miranda that the proposed session was cancelled. The Independent invited both Miranda and Paris to write about the experience. Miranda filed her version, but again Paris pulled out.
LinkedIn     SoundSphere      Terrorizer   blog
_______________________________________________________________________________

The prospect of three transsexuals being able to discuss their differences without the balance of others that the media always seem to feel is obligatory was a delightful opportunity squandered.

Miranda Yardley is an admirable example of a trans woman who has done something useful with her life.

We do need to hear from Paris Lees about why she is so terrified of discussing with another transwoman who has different opinions.
Time: 11:08