Daniel Figgis (1961 - ) is a distinguished Irish musician and composer. 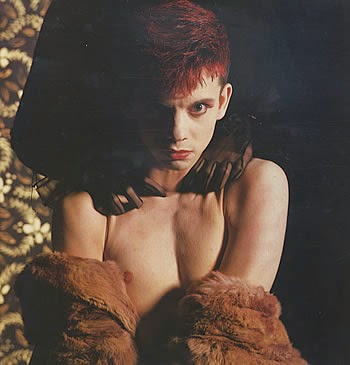 Using the pseudonym Haa-Lacka Binttii, he was drummer and keyboardist with the Dublin band Virgin Prunes 1979-1980.

Binttii/Tinymeat played with femme/trans imagery and on this basis gets listed amongst trans musicians.

However Figgis reverted to his male name for all subsequent work, and his biography on DanielFiggis.com mentions neither Virgin Prunes nor Princess Tinymeat.