Chris Kahrl was raised near Sacramento.  Kahrl did a history AB at the University of Chicago in 1990, married a woman and was divorced, and did an MA at Loyola University in 2000.

Kahrl started on hormones in 2002, transitioned socially 2003, and professionally 2004. 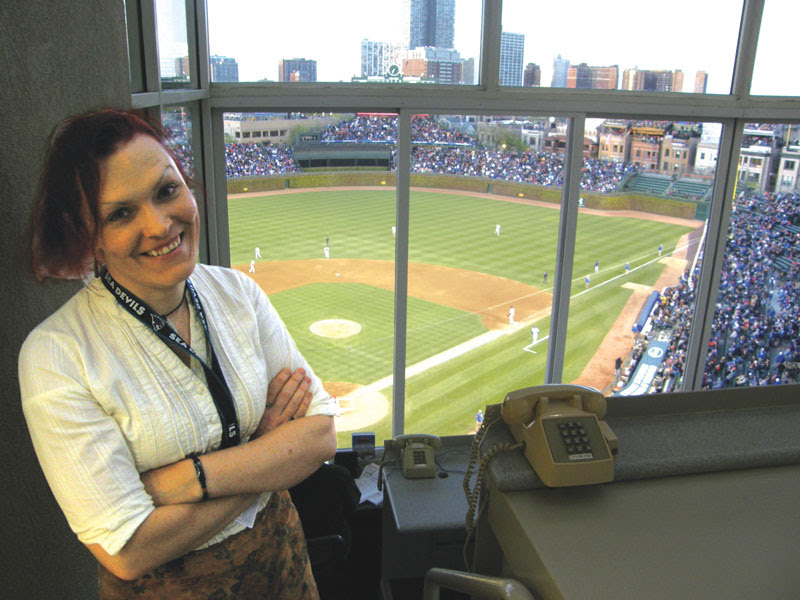 Christina is a sports-writer for many US publications including Sports Illustrated, and Playboy. She is co-writer of the revered Baseball Prospectus website and book series, with its pioneering statistical analyses. She is also an associate editor of The ESPN Pro Football Encyclopedia.

She counseled fellow sports writer Christine Daniels when the latter announced her own transition in 2007.  She is also friends with Bobbie Dittmeier, another trans sports writer.

In 2010 Ross forman quoted Christina: "I consider myself immensely fortunate because of the women who did have the courage to come out [ before me, ].  They made life so much easier for people such as me who transitioned [ after them. ] Sure, the challenges are still there, but there is so much more knowledge."

Since 2007 Christina has been active as a speaker for trans persons and against police harassment in the Chicago area.  She is also a board member for Equality Illinois.  In 2013 she was named to the bord of directors of GLAAD.