Peter Henderson was keen on radios and electronics even as a child. His female name was Caroline, and frequently insisted that this was who she really was. She tried to stay with the girls at school, and even attempted to join the brownies. She refused to have her hair cut and even before the Beatles was the only boy in her class with long hair.

In 1964 she adapted her radio to be able to receive the pirate Radio Caroline despite living in southern England beyond its normal reach, and gladly joined the ‘Caroline Club’.

She deliberately failed her 11-plus exams because the grammar schools in her area were gender segregated, while the secondary modern school was mixed gender.

In the late 1960s Caroline worked in pirate radio broadcasting on and off the Isle of Wight. She dressed as a hippy chick and on the air was Anne Kennedy, the only female on the station. During a police raid she and four others escaped in that the police found four men and a boy when they they looking for several men and a woman.

At age 16, under pressure from his father, Peter joined the Royal Signals. He told the army psychologist that he felt that he was really a woman but it was decided that he was not trying hard enough to be a man. Peter married a woman, and they had one son. He left the army after three years, but remained an active life member of the Royal Signals Associations (RSA).

Henderson stayed on in West Germany working at first for the British Forces Broadcasting Service, and then for GEC-Marconi, Bundespost, mainly in radio and television broadcasting. He also worked in defence and systems joining undersea and satellite communications, and then with Deutsche Telekom providing fibre-optic telephone and cable networks across the newly united Germany. He worked with several of the Marconi engineers who were later mysteriously killed. 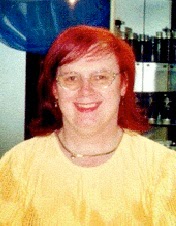 Peter transitioned to Petra in 1998, with surgery in Frankfurt am Main. After some years of struggle and negotiation with the British Government, the then Lord Chancellor, Derry Irvine, intervened and Petra was legally recognized as female, even though she had refused to divorce her wife of 26 years. She had threatened to go to the European Court of Human Rights and the Government wished to keep her out of the newspapers. It was insisted that this was a one-off exemption and did not set a precedent.

There were some other similar one-offs, such as the UK citizen in Paris who was able to obtain a similar result with Petra's assistance, and Press for Change was able to use them in its negotiation for the Gender Recognition Act of 2004. Afterwards Petra did divorce her wife and has lost contact with her. She lives in the Frankfurt region, and is still active in the Royal Signals Association.

She spoke up in support of soldier Joanne Wingate during her trials in 2003, and was featured in Sixth Sense, the UK Army’s daily newspaper.

Her Wikipedia page was deleted in 2008. Petra was active in the now defunct TransHistory Yahoo Group, and currently in the EuroTransgender group, and various electronics communications groups. 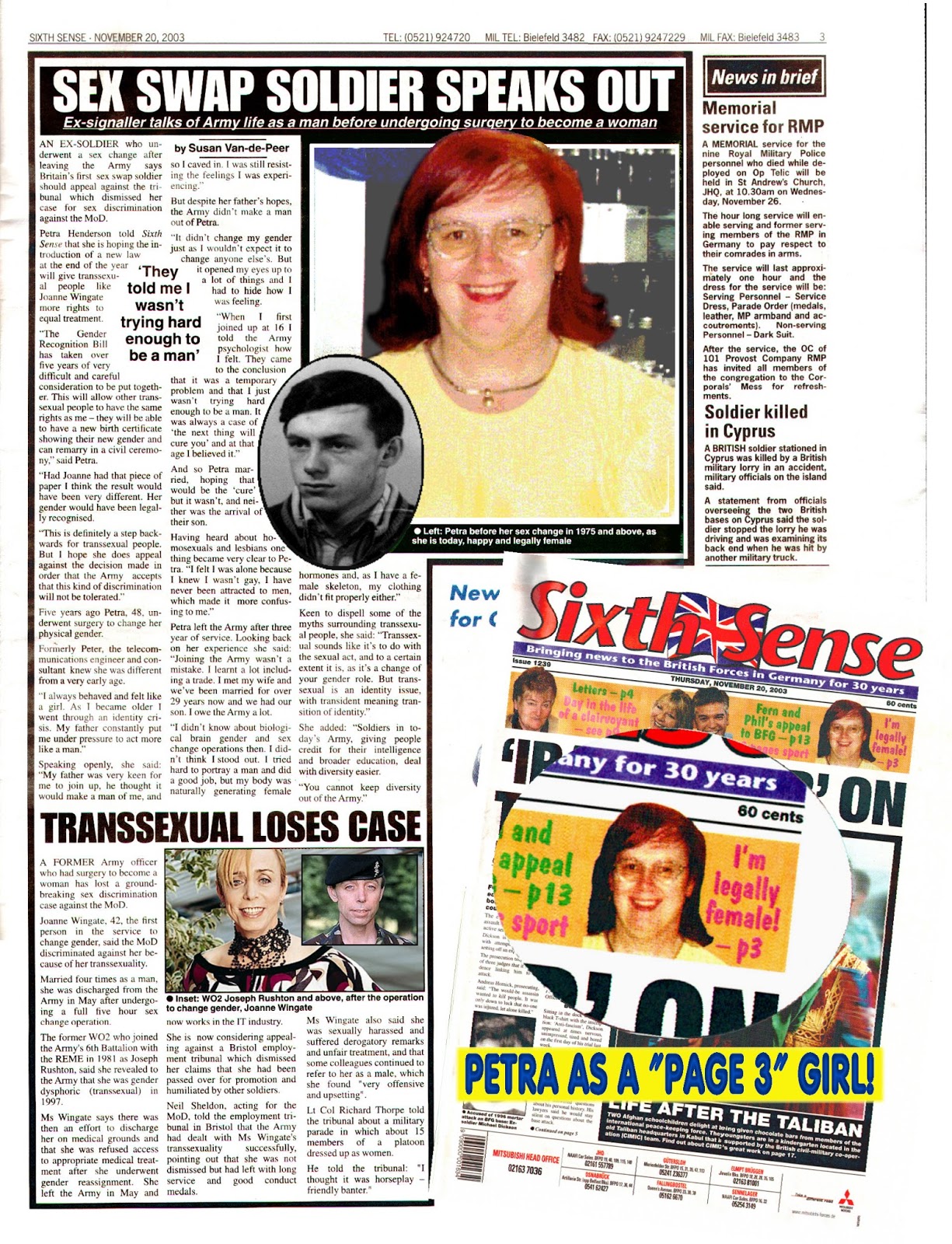 *Not the footballer nor the cricketer, not Baron Henderson.
WIKIBIN
Time: 12:40