Morris investigated transsexualism. One winter evening in Ludlow he found a half-price copy of Lile Elvenes (Elbe)'s Man into Woman, and "with what agonies of embarrassment" bought it. Morris also read Robert Stoller, an unspecified account of Charlotte D'Eon and one transsexual novel: Geoff Brown's I Want What I Want.


"I trod the long well-beaten, expensive and fruitless path of the Harley Street psychiatrists and sexologists, one after the other, getting their names from their published works, or being passed from one to the other. None of them in those days, I now realize, knew anything about the matter at all, though none of them admitted it."

Morris was one of thirty cases featured in Georgina Turtle's Over the Sex Border, 1963. In 1964 Morris was in New York and visited Harry Benjamin, who advised him that a change of body must be a last resort, and that he should try working life as a man. Shortly afterwards Morris obtained an appointment with a London endocrinologist who said:


"What it would do to your personality or your talent, we cannot say. It is a grave decision to take, but it must be your own. You do know what you are doing?"

Morris returned to Venice with a box of oestrogen tablets, but considered the advice of both men and flushed them down a lavatory. However a subsequent prescription from Dr Benjamin he did take.

During this time Mottis was preparing a Empire trilogy, Pax Britannica.

With the support of Elizabeth, Morris lived as a woman in Oxford, but travelled the British Empire androgynously, sometimes being taken as male, and sometimes as female. Jan was issued a new passport 'without any indication of sex at all'.

Word of course got around. Morris' old tutor at Christ Church College had heard from a colleague at Harvard before being told directly. Some in London knew of Jan but others only of James. Private Eye magazine jested that if Morris were invited to a function 'dressed informally', it was Jan who was expected. At their other home in Pwllheli, Gwynedd in North Wales, Jan and Elizabeth presented as sisters-in-law to explain why two women had the same surname.

The first volume of James' trilogy, The Climax of Empire, was published in 1968 to mixed reviews but commercial success. In 1971 Morris was invited to write a short book on the Cascade Mountains and she and Elizabeth travelled by boat and car along the range being accepted as two women.

However "The book was still-born, all the same, for in Chapter Three the publishers discovered my unquenchable antipathy to the Douglas Fir".

Jan had been accepted in the program at Charing Cross Hospital Gender Clinic, but it was insisted that Jan and Elizabeth be divorced before surgery.


"I saw his point, for he could not know the nature of the relationship between us. And indeed I recognized that we must be divorced in the end. But after a lifetime of fighting my own battles I did not feel in a mood to offer my destiny like a sacrifice upon the benches of Her Majesty's judges. Who knew what degradations we might both endure? What business was it of theirs, anyway?"

Jan completed transitioned to Jan in 1972 at age 46, with two weeks in the clinic of Dr Georges Burou in Casablanca. She was in his clinic the same time as Carol Riddell.


"Dr B--'s craftmanship, though aesthetically brilliant, was functionally incomplete, and I underwent two further sessions of surgery in an English nursing home."

She commented on being a woman: 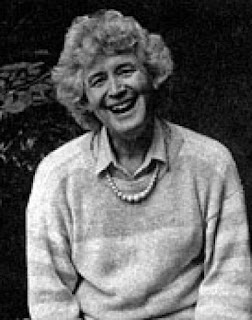 "I don't feel it incumbent on me to read Kate Millet and Germaine Greer. I like being a woman. But I mean a woman! I like having my suitcase carried. I like gossiping with the lady upstairs. If Elizabeth would let me, I'd be wildly extravagant about clothes, though I must say I'm not much interested in cooking. Never was. And yes, I like to be liked by men."

Morris' comment that she needed further surgery on return to the UK is very imprecise. Does it mean that Burou's technique was not as good as we are told in other autobiographies?

The statement that Jan was issued a new passport 'without any indication of sex at all' means less than it appears.  I was granted the same privilege 16 years later.   The old pre-European-Union UK passports had no 'sex' box to be filed with either 'F' or 'M'.  Sex, or gender as we would now say, was merely implicit from the person's honorific: Lord, Lady, Sir, Dame, Mr, Mrs, Miss.   Despite the ruling in Corbett v. Corbett, the UK Passport Office dealt with transsexuals by simply not putting a honorific.   Incidentally doctors (PhD or MD) were issued passports that said Dr and were therefore gender neutral if the person's name and photograph permitted.  This is a much better solution than the new fashion in the 2010s of issuing a passport with gender=X.
Time: 18:00