Diana was raised in Noxubee County, Mississippi and then on a farm near Salisbury, North Carolina. She found out about transsexuality by buying Harry Benjamin’s book and the Erickson Foundation pamphlets by mail order from Michael Salem who had an ad in Playboy.


"By the time I got my license to drive a car, I was going out dressed as a girl-- just going shopping, to the movies or out to eat. Sometimes I would talk a cousin into going with me so I would not be alone, at first it was scary but I got used to it quickly and to the fact that I passed as female better than I did as male."

She transitioned socially in 1974 taking hormones purchased at a black-market pharmacy. Diana worked at an impersonator club, Orleans, in Charlotte, N.C.


"The club was run by an older woman named Olean who always wore a long blonde wig, and false eyelashes and lots of makeup, who looked more like a drag queen than the real drag queen".

Diana also worked stealth in a massage parlor to save for her operation. She had surgery from Dr Stanley Biber, 1976, at the age of 20.

She married a Syrian man she met at college and became Diana Salameh. They were together seven years, and he gave her the name Yasmene which means ‘desert flower’. However she finally divorced him for philandering. By this time Yasmene had become a Muslimah. 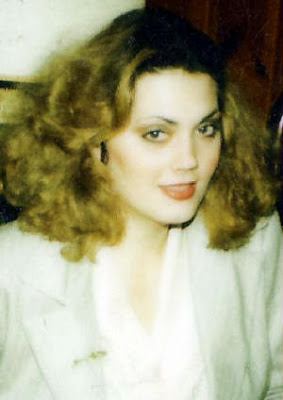 She returned to Macon, Mississippi to take care of her handicapped mother. She was then an artist making dolls and Santas with a studio in Macon, where she was declared Business Person of the Year 1994.

Her second husband was a Jordanian living in Germany whom she met on the internet. They had a traditional Muslim wedding in Jordan and lived there for many years.

Yasmene set up the web sites Cafe Trans Arabi and the International Transsexual Sisterhood, the first to help trans women in the middle east, and then expanded to help trans women wherever they are. In 2005 she was involved in the Trans Eastern Conference (TEC) in Istanbul.

Personal problems resulted in Yasmene's web sites being discontinued at the end of 2006.

She has returned to living in the US, and has been working a a stand-up comedienne.

For some reason Yamene has become part of a miscellaneous group of trans women who are reprinted with their before and after images in several dumb sites professing a false shock that transsexuality exists.