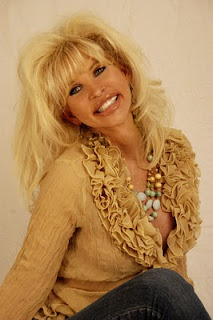 John Matheny was raised in San Antonio, Texas. She transitioned to Jahna in her early 20s, and, as Jahanau Reis, was crowned Miss Gay USA 1980.

She became an entertainer in Las Vegas. She was a member of the Crazy Girls topless revue at the Riviera. She was "Sexiest Showgirl on The Strip" in 1991, "Entertainer of the Year, 1992" and "Most Beautiful Showgirl, 1993".

She was outed in 1992 by the television show, A Current Affair, which had started out to do a piece on Crazy Girls. Jahna was then fired, even though the producer and most of her co-workers had known before.

She sang in nightclubs and appeared on television, and had a part in one episode of NYPD Blue in 1995, and hosted the transsexual pageant film Transtasia, 2006.

She also returned to school and was certified in non-profit management. Her last job was as warm-up announcer at ‘La Cage’, the drag show at the Riviera. She was writing an autobiography, Always a Lady, when she died of an accidental drug overdose.
EN.Wikipedia.
Time: 07:28