John Miller, by the age of ten, was hanging around the Curtiss Flying School at Mineola, on Long Island, where he encountered Ruth Law, the third US woman to get a flying license, who let him sit in her cockpit. Miller studied mechanical engineering and graduated from Pratt Institute of Technology in 1927.

By 1931 he had seven years of flying experience and was the first individual to buy a PCA-2 autogyro, which could perform nearly vertical descents. Miller beat Amelia Earhart by being the first to fly one across the US, and unlike her, returned it in one piece, although she got the press attention.

Miller was a captain flying for United Airlines, and also flew loops and rolls at airshows across the country. At the 1932 Cleveland Air Races Show Al Wilson crashed and died after being caught in Miller's updraft. This is documented in the film Pylon Dusters. He did the stunt flying for the film Ladies Crave Excitement, 1935.

In 1937 Wallace Kellett of Kellett Autogiro Company persuaded Miller to undertake a flight test program for his world's first wingless autogiro. Miller broke his neck when an autogyro disintegrated around him. Nevertheless he completed the testing program, and the Kellet KD-1 Autogyro became the first wingless aircraft to obtain official certification in the US.

Kellet's was purely a manufacturing company, but Miller found employment with Eastern Airlines which ran the autogiro mail operation for publicity purposes. During the Second World War, Miller was the lead test flyer for the Grumman J2f Duck which was both a plane and a boat. 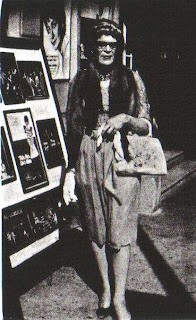 He married, and he and his wife had a daughter. Apart from a couple of childhood incidents, John did not start cross-dressing until 1960, when as Felicity, she met other cross dressers through Transvestia magazine. "There was absolutely no sexual impulse, just the love of the clothes and the pleasure of being a different person, in public. Never did any CDing in private. Underclothing held little interest for me." Then she took up the practice enthusiastically. She was 6'2" (1.88m), but naturally assumed that she passed, although others observed that she was usually read. She developed a reasonable contralto voice, quite different from her masculine baritone. She always tried on dresses in the shop. It is told how she went up to a policeman in Times Square pretending to be from Texas, and got him to take her photograph.

In March 1964 Felicity, recently widowed, was arrested in New York near her home by an officer of the West 128th Precinct for a violation of Section 887, Subdivision 7 of the New York Code of Criminal Procedure which designates as a vagrant any person who 'having his face painted, discolored, covered, or concealed, or being otherwise disguised in a manner calculated to prevent his being identified, appears on a road, lot, wood, or enclosure'. The law dates back to the 1840s when farmers were disguising as 'Indians' to harass Dutch landowners in the Anti-Rent Movement. Despite having no criminal intent John Miller was sentenced to two days, suspended. This resulted in losing her job with Eastern Airlines after 25 years, because such behavior ‘signaled homosexuality’, even though an Eastern Airlines manager actually phoned Harry Benjamin and was reassured that that the conviction in no way impacted on Miller's competence as a pilot.

Virginia Prince and Siobhan Fredericks championed her case and raised over $1,200 to finance an appeal. The American Civil Liberties Union filed a brief as amicus curiae, and the New York Times carried a sympathetic story. The appeal hearing was denied, by the New York appeal court and by the US Supreme Court.

At age 60 Miller started his own helicopter air charter service. He sold that business in 1971. He served seven terms as president of the United Flying Octogenarians (UFOs). He continued to give lectures about flying, and attended numerous airshows and conventions. He was awarded the annual Sikorsky Award for his part in the evolution of the helicopter, and received a Certificate of Honor from the National Aeronautic Association for his contributions to aviation. He was given a honorary fellowship in the Society of Test Pilots, for having promoted the moral obligation of the test pilot to the safety of the aerospace world.

In 1990 Felicity and other cross-dressers were featured in a series of photographs by Mariette Pathy Allen.

Felicity lived till the age of 102 and John kept flying until 2006. He was required to have a co-pilot in his later years, but in effect flew alone with a passenger.

The HistoryNet article does not mention the 1964 trial and says that Miller left Eastern Airlines because of age-60-mandatory retirement.  However I have gone with the version in Robert Hill that he was fired for “homosexuality”.

It was also Eastern Airlines that fired Karen Ulane in 1981.

Most people no longer know what an autogyro is.  Here is a video showing John Miller flying an autogyro for the US Mail service: 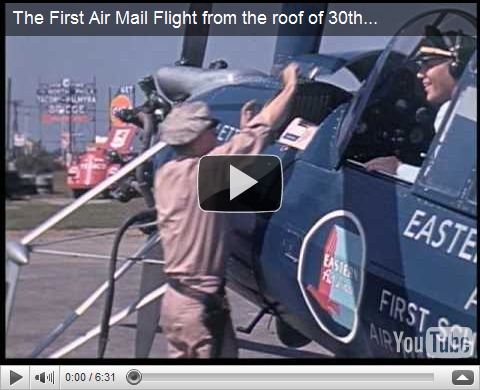