Magnus Hirschfeld used two words somewhat interchangeably: Geschlechtsverkleidung and Transvestiten.   The former is a pure German word while Transvestismus is a Latin-based loan word from French and Italian.

While Hirschfeld titled his 1910 book Die Transvestiten, in the contents to the book he mainly uses Geschlechtsverkleidung, and in the text itself, he often shortened it to Verkleidung. 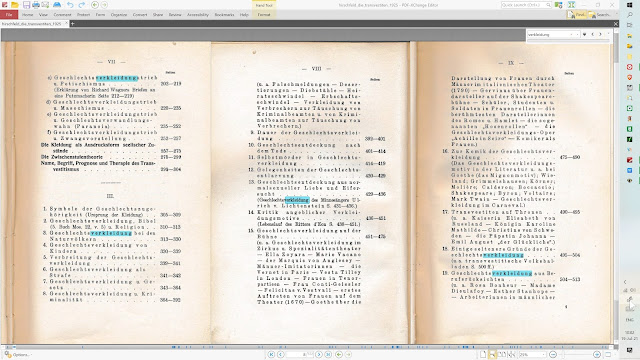 Let us break down the word.

Geschlecht=sex, Kleidung=clothing, and the prefix ver in this context modifies the meaning of dressing to be other than normal.  Verkleidung can also mean in disguise.  Geschlechtsverkleidung means gender dressing, or Gendervesting.

Compare the English ‘Cross-Dressing’ which also means the same as Transvestism but uses only English roots rather than loan words from French and Italian, in turn based on the Latin.

What do people mean when they claim that Hirschfeld coined ‘Transvestitismus’? 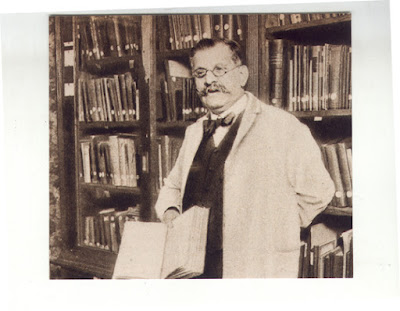 Here is the Oxford English Dictionary entry for the verb form, to transvest, which it records for 1652.

Transvestitenscheinen were permits for Geschlechtsverkleidung issued by the Berlin police and arranged by Hirschfeld.

In 1929 when Violet Morris sued the  Fédération française de sports féminins (FFSF), they cited the  1800 Ordonnance and criticised Morris for never having applied for a Permission de Travestissement.  However Morris’ lawyer produced a letter from the Commissioner of Police giving assurance that they no longer pursued women in trousers.

The earliest claim that I have found re Hirschfeld supposedly coining Transvestiten  (not Transvestitismus) is in Charlotte Wolff’s 1986 biography where she simply says on p107 that he coined it, but gives no support to the claim.

Wiktionary is very confused.   They claim that the English word ‘transvestite’ is “From transvestitism, from German Transvestitismus, coined in 1910 by Magnus Hirschfeld”.    Thus one is really impressed that J Wright in 1652 was able to use the verb form without waiting another 258 years for Hirschfeld to coin the term.