Some trans women are indeed into performativity, to exaggerated femininity and attention seeking.  Such persons are often referred to as Drag Queens even though they do not perform on a stage or screen. 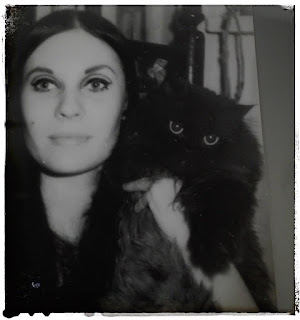 Stansbury was born in New York and raised in the cheaper parts of Maryland, New Jersey and South Philadelphia. After school she took up with a flamboyant hairdresser and a tough drag queen. They moved to Manhattan and Hope became associated with the mainly gay Caffe Cino, 31 Cornelia Street, which put on plays and is now considered the birthplace of Off-Off-Broadway. For a while she lived at the gay art gallery owned by Frank Thompson, and worked there for room and board - the only female in the place. In her cobwebby dresses, white make-up and black eye-liner, Hope stood out among the Caffe Cino crowd - where she opened the doors and set up for each evening. “She was so incredibly exotic that you had the impression that she was a transvestite” said actor/director Eric Concklin.    Candy Darling is said to have based her look largely on Hope. Hope got her own apartment down the street and decorated it with mirrors, cats and Snow White memorabilia.

Salvadore Dali asked her to pose; Carlo Ponti gave her a screen test.

She wrote a script about anonymous relationships and meetings in gay bathhouses, which became the first film by gay director Andy Milligan, renamed Vapors. He paid her $200 for the script. She acted in several of his films, and also had a small part in a Sidney Poitier film.

Feldman, a native New Yorker, was educated at Quintano's School for Young Professionals, a high school for the performing arts. She was in three films associated with Andy Warhol, and took to referring to herself as Ms Andy Warhol. In the 1970 film Groupies she was referred to as Andrea Whips. A regular in the back room of Max's Kansas City, she pioneered a performance which she called "Showtime", in which she performed a striptease on the round table, at the center of the room. She became known for her dependence on drugs, particularly amphetamines. 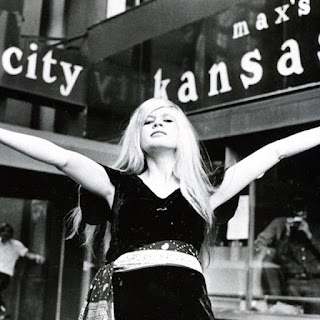 In August 1972, she summoned her ex-boyfriends, and then jumped from her parents’ 14th floor apartment holding a crucifix and a bible. She left a note: “I'm going for the big time, I hit the jackpot!"

Andrea was cis. So why does Robert Hofler write?:

“Word had gotten back to Holly and Candy that Andy was no longer into chicks with dicks, which made them wonder why [director Paul] Morrisey had cast Andrea Feldman, aka Andy Feldman, to play Sylvia Miles’s daughter in the film [Heat, 1972].