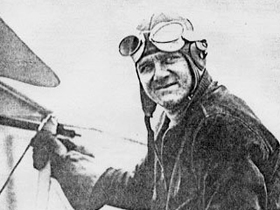 In 2008 I wrote about Maurice Wilson, who in 1934 decided to climb Mt Everest/Chomolungma.   With no flying experience and no climbing experience he bought a plane and flew to India, and then set to climb the mountain. He died on the mountain and mountaineering forums are still debating whether he died on the way up or on the way down.
There were and are persistent rumours that he was trans.  If so he was the first known European trans person to climb Mount Everest, nineteen years before Jan Morris.
His first biographer
did not discuss whether he was trans.
The Wikipedia entry has not a single word on the topic.
There is a new biography, just out. 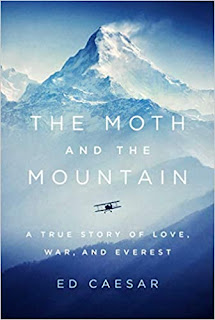 Caesar does discuss the issue on p172-4.
"There have long been rumours in the climbing community and beyond that Maurice Wilson was a private transvestite, that he carried with him items of women’s clothing to Everest, and that he wrote a secret, second diary, detailing many kinds of niche sexual predilections. You want to know what to do with such stories. His tale is remarkable however he was clad."
Wilson took an unusual choice of book up the mountain with him,  Hans Licht’s Sexual Life in Ancient Greece,  published 1931.
His great-nephew took a secret about Wilson to the grave - but he insisted that "He weren't queer".  So if not gay, then what?
Caesar concludes: "The evidence is not conclusive, and in any case you are not trying Wilson for a crime. But you think of how happy he was, dressed as someone else, and you wonder whether his whole story—the broken relationships, the spiritual mania, the purging fasts, the demented mission to Everest—was born out of an unsettled sense of his true self."
Here is a summary of the new book - that is without mentioning transvestite rumours.
Time: 19:36