Glen or Glenda but not Virginia Prince

First a reminder of previous postings.

I commented in the latter: "Ed was active in heterosexual transvestite groups in Los Angeles in the 1950s and 1960s. So was Virginia Prince. But neither appears in the books about the other."

I also wrote in Virginia Prince Part 1, re the initial contacting of Los Angeles transvestites in 1952-3: "However there were cross-dressers who were not invited such as fellow Angeleno and heterosexual Edward D. Wood, Angeleno Sascha Brastoff, José Sarria who was starting to organize fellow drag queens in San Francisco, and the majority of female impersonators, such as those who performed at Finocchio's in San Francisco. Nor was the invitation extended to female cross-dressers."

Prince was heavy on pseudo-respectability, and Wood was not 'respectable'.

Glen or Glenda not inspired by Prince

In 1953 the divorced Arnold Lowman (Prince's male persona) was in the newspapers attempting to modify his visiting rights and reduce his alimony, and was again named in the press as a transvestite and his father threatened to disown him. This was at the same time that Christine Jorgensen was in the news after returning from Denmark, and it was announced that Bela Lugosi’s next film would be called Transvestite. The director, Edward D Wood, announced that the film, which was eventually called Glen or Glenda, would have no relation to the transvestite divorce story then in the Los Angeles newspapers.

In 2011 Michael Franklin at the University of Minnesota in his PhD thesis, Spectacles in Transit: Reading Cinematic Productions of Biopower and Transgender Embodiment, includes a footnote 35 on p28 which refers to Rudolph Grey, Nightmare of Ecstasy: The Life and Art of Ed D. Wood, Jr. 1995 p39-40, and makes a dramatic comment: "Incidentally, this oral history biography contains a photograph of Ed Wood standing in a group of people on the set of Glen or Glenda with Virginia Prince, whom the photo caption describes as an 'unnamed transvestite.' ”

That is it. No reasoning is given for this identification.  No reference to a mention in Transvestia magazine, to a comment by someone who would know or anything else.

Laura Horak, "Tracing the History of Trans and Gender Variant Filmmakers", Transmedia, Spectator, 37,2,Fall 2017,  has a endnote 47.  "See photo of Prince on the set of Glen or Glenda in Grey, Nightmare of Ecstasy, 39-40", and uncritically cites Franklin.

Here is the photograph in  Nightmare of Ecstasy on p41 (not 39-40).   Ed Wood is second from the right standing, and the 'unnamed transvestite' at the right. 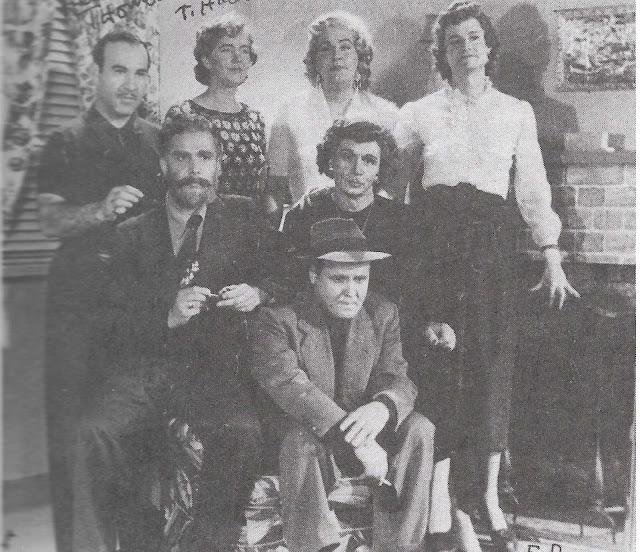 Here is 'unnamed' next to a photograph of Virginia Prince a few years earlier (1948). 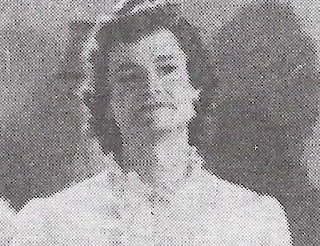 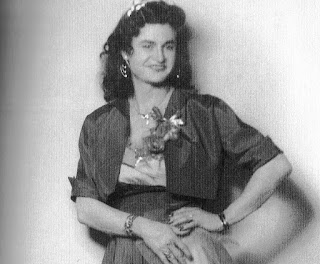