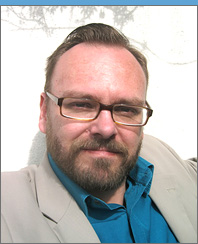 Stuart Lorimer (born late 1960s) qualified as a doctor at Aberdeen Medical School, with a distinction in psychiatry. He has been involved with the Charing Cross GIC since 2002.

British persons over a certain age will immediately recognise the title as a riff on the 1930 classic satire by WC Sellar & RY Yeatman: 1066 and all that, which was published in 1930 and is a satire on how English history was taught at that time. How many readers under 40 would get the allusion is an open question as the content of history courses has changed so much. Peter Hitchins in his The Abolition of Britain says “A modern child, shown Sellar and Yeatman’s 1066 and All That, simply wouldn’t get the joke. You cannot laugh at this satire on forgetfulness and confusion unless you, too, share the experience of misunderstanding and mixing up the Wars of the Roses, Lambert Simnel and Perkin Warbeck and the rest. You cannot even be enjoyably confused or forgetful about something which you never even knew in the first place.”

However the important question is what did happen at the CX-GIC in 1966 such that Lorimer and others assume that 1966 was the founding of the clinic, despite it being in operation since the 1930s under a different name.

In Part I of my account, I commented at the end: “The WLMHT GIC web site says: “The West London Gender Identity Clinic at Charing Cross Hospital (CX GIC) is the largest and oldest clinic of its type, dating back to 1966.” But what happened in 1966? Lennox Broster’s work with intersex persons dates back to the 1930s, and John Randell’s with transvestites and transsexuals dates to the 1950s. On the other hand the 1969 symposium reported ‘there is as yet no permanent gender identity unit’.” Lorimer’s account does not answer this.

Lorimer twice mentions 1966. On p53 he writes: “Randell was nonetheless a trailblazer, the originator, in 1966, of one of the largest and oldest trans treatment centres in the world”. On p56 he writes of Harry Benjamin: “Distinguishing his patients from transvestites (a term not coined until Benjamin was twenty-five), he opened the doors of his first proper clinic in 1966, the same year as Randell’s GIC at Charing Cross”. Neither of these assertions answers my questions. What did Randell do in 1966 that is taken as founding the clinic that he had been running since 1950, and was such that three years later in 1969 it was said that reported “there is as yet no permanent gender identity unit”.

(Note also that Lorimer is of the school that insists on ignoring the facts and claiming that Hirschfeld coined ‘transvestism’ despite it being in use from the 16th century and that the Paris Police had been issuing permissions de transvestissement since 1800.)


Complaints were made against Russell Reid in 2004, and in 2007 there was an investigation by the General Medical Council that led to his resignation. Lorimer mentions this on p62, but does not list the doctors who made the complaint. Here is the list from David Batty’s article "GMC inquiry into gender change expert" in The Guardian, 20 January 2004: “Donald Montgomery, James Barratt, and Richard Green …. Together with Stuart Lorimer, a senior registrar at the clinic, they allege Dr Reid has repeatedly breached guidelines”.


Now of course in 2004, Lorimer had been at Charing Cross only two years, and was the most junior of the four doctors mentioned. However it is naughty (to use a mild term) of him not to mention that he was one of the four doctors.
Time: 15:06