He was a year out of plastic surgery residency when two doctors, a plastic surgeon and a urologist, about to retire, suggested that he take over their transgender surgeries. Meltzer accepted the challenge of learning. However because the two doctors performed such surgery only a few times per year, Meltzer’s training consisted of observing only one surgery by each doctor. He also traveled to Trinidad, Colorado to observe Stanley Biber. In addition, he interviewed pediatric urologists who had worked on intersex children.

He almost gave up after his first transgender surgery discovering how much he did not know. The patient required additional surgery, but sent a thank-you note. He persevered, and began performing vaginoplasty at OHSU in 1993.


“Previously, my patients came to me in terrible condition after something like a car accident, and after I had literally put the pieces of their face back together, all they could focus on was the way they used to look, and would complain about the little scar they had right above their lip. GRS patients are always extremely grateful that someone is finally helping them, and it is refreshing to feel so appreciated in my work.”

Anne Lawrence describes the technique that Meltzer was using from May 1994:


“creation of a neovagina lined with inverted penile skin, and construction of a sensate neoclitoris from the glans penis using a dorsal neurovascular pedicle”.

He also performed Cricothyroid approximation (CTA) surgeries to raise the vocal pitch, and facial feminization surgery. He is also one of just a few surgeons in the U.S. who performs metiodioplasty (clitoral release). Unlike many other plastic surgeries, GRS with Meltzer requires a team of several professionals and patients are required to undergo a lengthy process, which adheres to the WPATH standards for GRS and ancillary procedures. Patients must see a psychologist or psychiatrist, an endocrinologist and a social worker in addition to their work with Meltzer. They must also spend one year in therapy, receive medically-supervised hormone therapy, and spend one year in a “real-life test,” passing as the other gender. Meltzer will perform surgeries only after patients have passed this “test” and have obtained a letter from a psychiatrist saying that they are prepared for the operation.

Anne Lawrence had been able to observe Meltzer do a transgender operation. The next year, 1995, she returned to Dr Meltzer as a patient for her own operation, only six months after social transition. Later she published photographs of his work on her site. 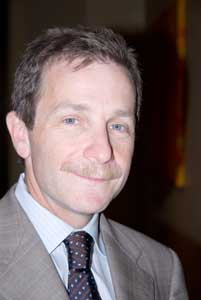 There were sometimes problems finding beds for his patients at OHSU, and in 1996, Meltzer opened his private practice at the Eastmoreland Hospital, a 100-bed medical center also in Portland, and over the next few years expanded to take more than 50% of the surgical workload. In the early days of the internet word about his work spread in transgender chat rooms.

In 2002, Eastmoreland Hospital was purchased by Symphony Healthcare, a for-profit hospital company founded in Nashville Tennessee in late 2001. Meltzer received a certified letter advising that he would not be allowed to perform any type of gender transition surgery after July 2002 (this was extended to December 2002), and that his patients must leave the hospital after three days. Meltzer asked around Oregon, at hospital after hospital, but was unable to get the hospital privileges that he required. A former patient, a doctor, suggested Scottsdale, Arizona, and in 2003 Meltzer, his wife and three children, and four members of his office staff, relocated there.

In 2003, Anne Lawrence published the results of a survey of 232 MtF transsexuals who had undergone SRS with surgeon Toby Meltzer during the period 1994–2000 (Lawrence, 2003).


“I observed that about 86% of respondents had experienced one or more episodes of autogynephilic arousal before undergoing SRS and 49% had experienced hundreds of episodes or more. Two years later, in a second article based on data from the same survey, I reported that 89% of the respondents classiﬁed as nonhomosexual on the basis of their sexual partnership history reported one or more experiences of autogynephilic arousal before undergoing SRS, vs. 40% in the small number of respondents classiﬁed as homosexual (Lawrence, 2005); there was evidence that some of these supposedly homosexual participants had misreported their partnership histories and were actually nonhomosexual.”

By 2004, Symphony Healthcare was bankrupt and they sold the entire site to Reed College for $52 million, and auctioned off everything inside the hospital. After acquiring the property, Reed College razed the buildings.

In 2010 Rhiannon G O'Dannabhain, who had had surgery with Meltzer in 2001, won in court against the US tax authorities to the effect that the cost of transgender surgery was tax deductible.

A 2015 patient, Ellie Zara Lay, also an experienced surgeon, joined Meltzer’s practice in 2016, and it is hoped will continue the practice after Dr Meltzer retires.

Meltzer has kept a low profile in Scottsdale. He does not promote his practice, and rarely grants media interviews, but his patients find him on the internet. It can take up to seven months for a first meeting with him. Dr Meltzer has done over 3,000 sex change operations. Out-of-town and out-of-country patients account for more than 85 percent of his caseload. He operates Monday through Thursday, with two 12-hour days, he does at least five male-to-female and two to four female-to-male procedures each week.