Bobby was born in a small fishing village in Scotland. At the age of nine he was put in a children’s home when his mother came down with Huntington’s Chorea, a genetic condition for which there is no cure. She died of the condition. Bobby left the home at 15, and found out that his elder brother had contracted the disease. Later he died also.

By 1970 Bobbi was in London, living mainly as female, a declared lesbian, and after discovering the newly established Gay Liberation Front, promptly joined, and attended the Women’s Group meetings. She made a living turning tricks on Park Lane. 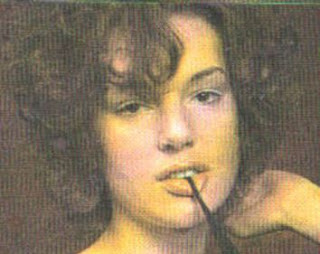 At a women’s commune, Bobbi met the artist and film maker Mair Davies. Bobbi made a pass at Mair, but explained that she was transsexual and that they would have to wait until after her operation. Several of the women in the group made it clear that Bobbi was not welcome. Later Mair attended a gay event where Bobbi did a striptease and, because she was so feminine, the crowd gasped when she revealed her genitals. Mair went on a date with Bobbi, and they were kicked out of the pub after kissing.

Another friend was Bob Mellors, one of the founders of London GLF and who was also associated with Charlotte Bach who was writing a book arguing that the transsexual urge is the key to human evolution. Influenced by both women, Mellors became fascinated by transsexuality and wrote a couple of theoretical books on the subject.

At some point Bobbi went through a crisis and had her breasts removed. Bobbi started confusing Mair by wearing male clothing, usually leather trousers and a t-shirt, which she described as ‘drag’, also saying that she was ‘heterosexual’ – and as such fancied Mair. Mair even took Bobbi to her home in Wales where they met her husband. They last saw each other in 1976.

Bobbi regained her breasts, but this time by implants.

Bob Mellors starting visiting with Mair, but never mentioned that he also was a friend of Bobbi.

Bobbi was diagnosed with Huntington’s Chorea in 1978. She chose to end her life 1987 at the age of 38 by jumping from a high window. Her body was cremated by Social Services at Kensel Green Cemetary, and only her probation officer attended. Mair did not find out about her death until years later.  An open verdict was returned. As nobody claimed the ashes within twelve months they were scattered among the other graves as per standard practice.