Clayton was raised in San Diego, with a defense attorney and an event planner as parents. At age 19 she moved to New York to transition and to work as a make-up artist. She had completion surgery with Dr Toby Meltzer in Scottsdale in 2003, one of his first patients after he moved from Oregon. 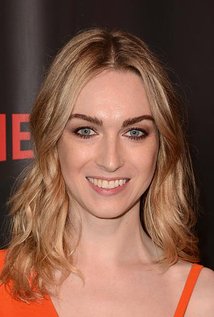 In August 2008 Jamie was dating a man who knew a columnist at the New York Observer. This led to her coming out to the columnist and story was repeated in Gawker, and then elsewhere on the web. She became an internet sensation and got emails from all over. She was invited to go on The Tyra Banks Show, and CBS News’ Logo Channel did a segment on her. After a few months of acting classes, and meeting Laverne Cox, they co-hosted VH1's first makeover show TRANSform Me, where three transsexual fashion professionals came to the aid of cis women.

For a while Jamie had a problem in that known as trans, she could not get cis parts, and yet when she went to auditions for transgender roles she would be rejected in that she did not look the part. In December 2010 she was featured in an article in the New York Times about an acting class for gay actors. This led to her being cast as a secondary character in Hung, 2011, which was primarily about a male prostitute.

She played the role of "Michelle" in the interactive web series Dirty Work. Clayton is also a member of the performance art–rock group Roma! She now works regularly in movies and television, and was featured in Sense8, 2015-now (directed by the Wachowskis) and the Neon Demon, 2016.