Vitale first qualified as an artist, doing a 1972 BA at the University of California at San Diego followed by a Master of Fine Arts. 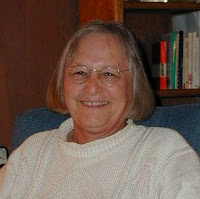 After some years of therapy for gender identity issues, she did a psychology PhD at the Professional School for Humanistic Studies, also in San Diego, and transitioned at the same time. Her dissertation was on gender identity issues, and she joined HBIGDA (now WPATH) in 1979. She had surgery in January 1980, moved to San Rafael, California and completed her PhD in 1982. She then studied Existential Psychotherapy with James F. Bugental, 1983-91.

A licensed psychologist in California, Anne Vitale has been at the same clinic in San Rafeal since 1984. Initially she thought that trans persons were too few for her to specialize in gender identity issues, and that she might be unsuitable in that “Countertransferance issues can be very destructive to a vulnerable population”. However there were few other gender therapists, and a San Francisco clinic started making referrals. She made contact with other gender therapists in the San Francisco area and they formed the Bay Area Gender Associates.

Glassgold and Drescher regard Vitale as a follower of Victor Frankl who entwined meaning and authenticity. They write, with regard to Vitale's 1997 paper:


“General authenticity is the clinical focus of Anne Vitale, a trans-identified, American psychologist specializing in existential-humanist psychotherapy. Vitale provides therapeutic support for cross-dressing and gender-divergent clients in such a way as to skillfully combine therapist advocacy and self-empowerment of the client. Specifically, she employs a client-centred, open-minded approach to helping her trans and questioning clients to take responsibility for discovering and actuallizing their own particular form of life meaning and personal power. This supported quest for identity and validation typically involves a dovetailing of genderal integrity, community connection, and existential authenticity.”

Rather than use the DSM diagnosis of Gender Identity Disorder, Vitale proposes instead that, where there is a pathology, it is better labelled Gender Deprivation Anxiety Disorder (GEDAD): that it is this deprivation, not a person’s gender identity, that she seeks to treat. She divides gender variant individuals into three categories:


“for discussion purposes only and with no regard to importance or severity of diagnosis”. (p19)

G1. “natal males who have a high degree of cross-sexed gender identity … we can hypothesize that the prenatal androgenization/ defeminization process – if there was any at all – was minimal, leaving the default identity largely intact. Furthermore the female expression of identity of these individuals appears very difficult or impossible for them to conceal.” (p19)

G2. “natal females who almost universally report a lifelong history of rejecting female dress conventions along with conventional girl’s toys and activities. … these individuals typically take full advantage of the social permissiveness allowed women in many Western societies to wear their hair short and dress in loose, gender-neutral clothing.” (p20)

G3. “individuals who look and act unambiguously as society expects them to but privately identity as the opposite gender. We can hypothesize that the pre-natal androgenization/ defeminization process was sufficient enough to establish a workable gender identity that approximated their biological sex but insufficient enough to provide comfort in that gender role. For these female-identified males and male-identified female [see note below] the result is a more complicated and insidious sex/gender discontinuity. From earliest childhood these individuals typically suffer increasingly painful and chronic gender dysphoria. They tend to live secretive lives, often making incrementally stronger attempts to convince themselves and others that they are the gender they were assigned at birth.”(p20)

G1 and G2 are clinically similar. They both “report relatively low levels of anxiety”. If they decide to transition physically, they “accomplish it with relatively little difficulty”.


“The cloistered, [G3] natal males, on the other hand, typically only start to realize the seriousness of their dilemma at this age. It is common to hear reports of these individuals increasing the intensity with which they try to rid themselves of the ever-increasing gender-related anxiety. Many individuals paradoxically adopt homophobic, transphobic, and overtly sexist attitudes in the hope that they will override their desires to be female.” (p28)

She regards being trans as a congenital condition and cites Zhou et al, 1995, and Kruijver et al, 2000. As in the quotes above, she assumes that these studies justify an assumption that the prenatal androgenization/ defeminization process is different in G1 and G3 persons.

She regards sex as purely chromosomal and actually says

However with a few cautions she does use hormones as a diagnostic tool.


“It is well documented that cross-sex hormones have a mitigating effect on patients suffering from severe gender dysphoria. The effect is so marked, in fact, that the treatment is used to confirm or reject the GID diagnosis. Fortunately, psychological outcomes precede permanent physiological secondary sex characteristic changes, making it an ideal tool for diagnostic confirmation or contraindication.”(p72)


A note on the Professional School for Humanistic Studies. It has neither a webpage nor a Wikipedia page. Googling it brings up other PhD theses by other students, but apparently all in the early 1980s, which gives an indication of when it discontinued. Apparently the founder was Harold Greenwald, (1910-1999) obituary, the author of a best-selling 1958 book on female prostitution, a student of Theodor Reik and Albert Ellis, and the developer of Direct Decision Therapy. Vitale says nothing about any of this or whether Direct Decision Therapy has influenced her therapy.

I like the expression Gender Deprivation Anxiety Disorder (GEDAD).  Pity that it is not more widely used.

Obviously there is an approximation of Vitale’s G1/G2 to Blanchard’s HSTS, and of G3 to autogynephilia. The citation notes to her book include both Blanchard and Zucker, and the reading list on her website includes the Clarke Institute’s 1990 book, Clinical Management of Gender Identity Disorder in Children and Adults. However there is no mention of Blanchard in the text, and thus neither acceptance nor rejection of the inevitable notion that her 3 categories are a rewrite of Blanchard’s. An obvious improvement over Blanchard is that Vitale does not align her 3 categories with sexual orientation, nor does she write her G3 as a sexual obsession.

Vitale starts by saying that her three types are “for discussion purposes only and with no regard to importance or severity of diagnosis”, but then claims a differential hormonal underpinning for each type. Some would say that this is equivocation or even reification.

Zhou at al. “A sex difference in the human brain and its relation to transsexuality” 1995, is a much-criticized small sample(N=6) that claims to find a female-sized BSTc in the brains of dead trans women. Anne Lawrence argues that it is a marker of autogynephilia; Rose White that it is marker of HBS. However the paper argues only for a difference between trans and cis, and does not attempt to differentiate between different types of transsexuals, G1 vs G3, HSTS vs AGP etc. Thus Vitale’s use of it to claim hormonal differences between G1 and G3 is unsupported.

While Heath discusses Vitale’s typology in her 2006 book, there is no entry in the index for it.

I would like to refer to my previous article A rejoinder to Kay Brown’s “What is a Transsexual?”   There I commented:

a) "It is always easier to believe in a theory that matches your own life experience."   Kay Brown feels that she is classic Blanchard HSTS and endorses his typology.   I feel that neither of Blanchard's types match me and I reject it.   Maxine Petersen, as a loyal disciple of Blanchard, must regard herself as an autogynephile, but has never confirmed this.    Anne Vitale, who transitioned at age 42 after years of receiving gender therapy, is presumably a G3, but likewise does not confirm this.

b) I criticized Blanchard and Brown for using the label 'homosexual transsexual' not only for its denial of their current womanhood, but even more so for using it re early transitioners who never spent time as gay men.   "On the other hand there are gay transsexuals, many of whom are not early transitioners.   This is a common pattern among trans men, many of whom spend some years as lesbians, often gaining a female lover who stays with them when they become men.  Similarly many trans women spend some time as gay men on their way to womanhood:  Jennifer North, Poppy Cooper, myself, Roz Kaveney,  Dawn Langley Simmons."  I should also have mentioned Susan Cannon, science historian, who went to Dr Biber at age 55 after decades of sex with men.

Vitale initially regarded G3 as 'natal males' only but after further thought made it gender neutral.   If I am to fit into Vitale's typology I would best fit into G2 which is described as ftm only.  The quote above from p20 does not make this clear, but elsewhere Vitale mentions that many of her G2 persons spent time in the lesbian community.   I would see the concept of G2 being improved by making it gender neutral, and for all alumni of gay and lesbian experience.   Likewise G1 would be for all early transitioners who never join gay or lesbian communities.