Herbert Bower, the only child of Jewish parents, was training as a doctor in Vienna in 1938. After the Nazi takeover, he fled to Switzerland, and completed his studies at the University of Basel, after which he and his fiancée made their way to London where they were married. They were on the last ship from London to Australia, as war broke out in September 1939.

However the Australian authorities would not recognise his medical qualifications. He worked as an orderly at Launceston General Hospital, and then did two years in the Northern Territory as a medical officer ministering to Chinese tungsten miners. The Government appreciated this and accepted him as a Swiss neutral rather than as an enemy alien. His parents died in the Theresenstadt concentration camp.

After the war, he repeated his medical training at Melbourne University. He became a psychiatrist, and encountered his first trans patient.

In 1955 Bower became the superintendent of Kew Asylum, which had many elderly patients and was appalled at the conditions, which he immediately set about improving.

By then he had fallen in love with another woman. They both divorced their spouses, and married in 1956.

Bower introduced the concept of ‘successful aging’, and in 1963 gave two influential lectures at the University of Melbourne on the topic.

In 1965 he suffered a heart attack, and resigned the superintendency, but continued as a consultant with the Mental Health Authority of Victoria. He also began teaching, and in 1970 became director of post-graduate studies at Melbourne University. In 1972 he called, but without much support, for psychiatrists to have a role in assessing the fitness of politicians. He was influenced by Herbert Marcuse, and engaged with feminism and the anti-psychiatry movement. 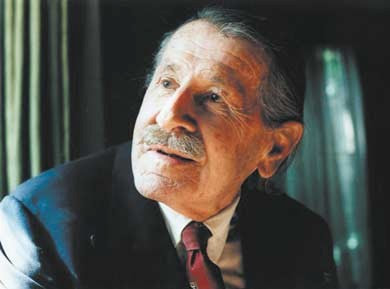 In 1974 at age 60 Bower, with Trudy Kennedy, approached the Queen Victoria Hospital with the idea of a gender dysphoria clinic. A team was created that eventually included a second psychiatrist, an endocrinologist, a speech therapist, a gynaecologist and a plastic surgeon. The first transgender surgery was performed there the next year. The clinic was later moved to Monash Medical Centre.

From 1975 Bower was technically retired, but continued to teach, consulted as a psychogeriatrician and saw an increasing number of trans patients. His second wife died from cancer in 1980, and later that year he suffered anginal attacks and had triple bypass surgery. He recovered and took a third life partner.

His work led to a Unit for Old Age Psychiatry at the Melbourne Clinic. At the gender dysphoria clinic he began co-ordinating a research project to establish possible genetic origins.

In 2004 a Melbourne patient who started on a change to male, but then reverted and later had three children attempted to sue the Gender Dysphoria Clinic for malpractice. This resulted in an independent review ordered by the State Government. Bower observed “If our team erred twice in 29 years, and during that period we operated, not saw, because many more - but we operated on 600 patients, two errors in 600 is, I think, in any area of human endeavour, is acceptable”.

He died later that year at age 90.

Both the Lancet and the Australasian Psychiatry obituaries say nothing at all about the controversy that flared up just before Dr Bower died.

Bower's comment that 2 errors out of 600+ as 'acceptable'  may sound callous, but it is very good statistics compared to other branches of medicine.
Time: 09:25