Chris, originally from California, was four and a half years in the US Army, and then was a merchant seaman. He lived a year in east Asia. He then settled in New York. 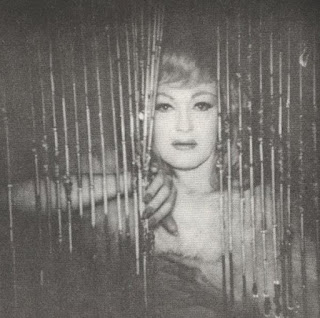 In the mid 1960s, he took up female impersonation, and appeared with Frank Bennet in the Follies Mantisque. This led to work with the Jewel Box Revue, at first doing a comedy strip. However it was discovered that he could impersonate Ethel Merman rather well, and started singing songs from Gypsy. He then added Marlene Dietriche and Bette Davis to his repertoire. He used a special heavy makeup to hide the tattoo on his upper arm. He was also partially blind and required thick glasses.

He met Lee Brewster and Vicky West in the Mattachine Society, and left with them to found the Queens Liberation Front. In 1971 Chris won the Most Outstanding Performance at the April in Paris Ball, and again at Lee's Mardi Gras Ball. 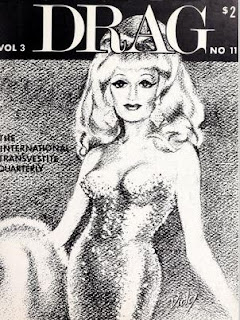 Chris was a constant at QLF parties, but after a few years she was diagnosed with cancer. She was able to fight it for over five years. Lee Brewster put on a special ball for Chris so that she could perform and be the star, and Vicky drew her for the cover of Drag magazine.