The son of a Dutch mother and a Frankfurt am Main doctor, Felix Abraham graduated as a doctor in Frankfurt in 1928. His thesis on the mortality statistics of the first year of life was published. 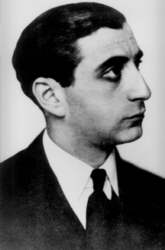 Shortly afterwards he started working at Magnus Hirschfeld’s Institut für Sexualwissenschaft, where he took over from Arthur Kronfeld the specialization in working with transvestites. He became head of the sexual forensic department, and reported on the first sex-change operations, on Dörchen Richter and Toni Ebel.

Abraham was on a committee at the Club D'Eon which catered to transvestites. He was also responsible for indictable "sexual offences" as well as infantilism, exhibitionism and flagellantism.

In 1931 he published a summary of Hirschfeld's work translated into French by Pierre Vachet. 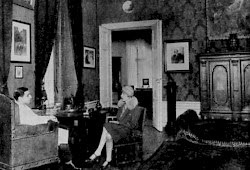 He was a close friend with the noted pianist Ellen Epstein.

He was still at the Institute when it was destroyed by the Nazis in 1933. He survived and continued working in Berlin as a doctor, but changed addresses several times, and was unable to continue working with transvestites. After a failed attempt to emigrate to Sweden, he went in 1937 to Florence, Italy where he took his own life. There is a commemorative plaque there in the Jewish Cemetery.

The 1931 Perversions sexuelles would seem to be the same idea as the 1936 Sexual Anomalies and Perversions by Arthur Koestler and Norman Haire. I wonder if Koestler drew upon the Abraham-Vachet book. Has anyone compared the two works?
Time: 12:20