Elvire de Bruijn from Aalst, Belgium was four times Belgian, European and world cycling champion between 1934 and 1937. De Bruijn's average speed was 33 km/hour which was regarded as a male speed.

Having heard about Zdenek Koubkov, de Bruijn investigated and became a man in 1937 with surgery in Paris.

He later married and opened Café Dedenderleeuw in Brussels, where he reminded people that he had been Elvire. 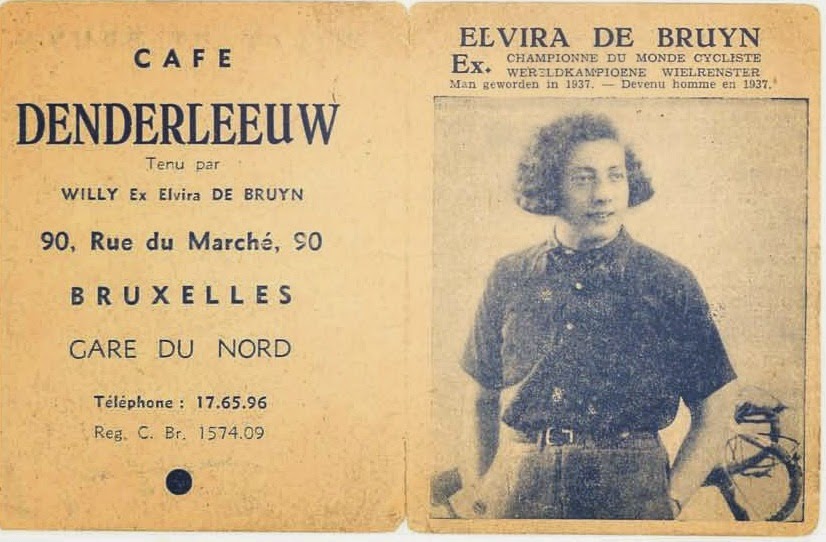