Continued from Part I.


On November 24, 1971, Thanksgiving Eve, a man using the name Dan Cooper purchased a walk-on ticket for a 727 flight from Portland, Oregon to Seattle. He handed a note to a stewardess to the effect that he had a bomb. He demanded $200,000 in unmarked twenty-dollar bills and two sets of sports parachutes. These being provided, he allowed the passengers to disembark at Seattle. Cooper demanded that the plane, now refueled, take off for Mexico City via Reno, no faster than 170 knots at 10,000 feet, and that the cabin be left unpressurized. He sent all the crew into the cockpit. He then opened the back door and after a while jumped. Due to a miscommunication with the media, the perpetrator came to be referred to as DB Cooper. The FBI was unable to find the parachute, a body or the money. Until September 2001 this is the only unsolved hijacking of a US aircraft. As a result metal detectors were introduced at commercial airports, and 727 aircraft were altered to ensure that the rear door could not be opened in flight. Bill Dayton, watching the news reports about the hijacking thought that he recognized his brother.

In December 1971, at a follow-up interview, the doctors noted that Barbara had a much more positive attitude to things, and shortly afterwards she was able to get a job at the Suzzallo Library at the University. She came out to her son, Dennis.

In 1973 Barbara bought a surplus airplane. Dennis and his new wife accepted Barbara, but Dennis  died of a drug overdose in May 1975. The funeral led to a reconciliation with daughter Rena whom Barb had not seen for ten years.

In 1977 Pat and Ron Forman met Barb at the Thun Field airstrip. Some months later Barb accepted invitations and became a regular dinner guest at the Furmans on Sunday nights. In February 1978 she told them that she had been a transsexual. 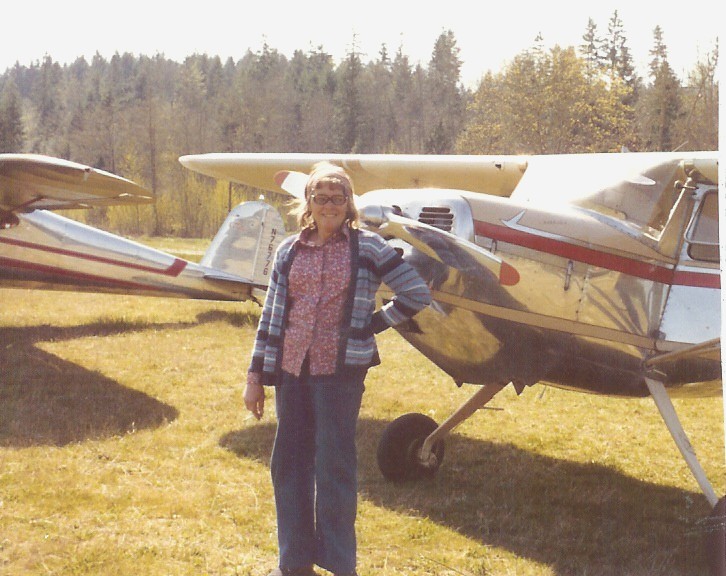 In Summer 1979 a group of pilots were discussing the DB Cooper affair when Barb surprisingly denied that Cooper was a fool and revealed detailed knowledge of the case. Ron joked that Barb must be DB Cooper. Later Barb admitted that she – in reverse drag - really had been DB Cooper, although she subsequently denied it.

On February 10, 1980 an eight-year-old boy found $5,800 of the DB Cooper money on the banks of the Columbia river (while the money was not marked, the serial numbers had been recorded).

In June 1980 Barb lost her pilot's license due to medical problems, but kept flying anyway. In 1988 Barb retired from her library job, and opened an aircraft restoration shop at Thun Field airstrip with Bob Birch who had been flirting with her for some time. She lived in a room at the shop. The business lasted for 4 years.  When they sold it, Barb moved in with Bob in Tacoma, Washington, and as he deteriorated with age, she became his full-time carer despite family antagonism to her presence. Bob died in December 1997 and Barb disappeared within hours.

She settled in a mobile home near Carson City, Nevada living sparsely on social security and gambling whatever she could in nearby casinos. Barbara Dayton died aged 76.

Her friends, Pat and Ron Forman, contacted Barbara's family, were given diaries and letters, and wrote up their experience with her as a book, published in 2008. They contacted the FBI and showed the evidence that Barbara was DB Cooper, but never heard back from the FBI.

Of the several books on DB Cooper, most at least mention Barbara Dayton.    I know of no book on LGBT or trans Seattle that mentions the city's first surgical transsexual. Anne Lawrence, also of Seattle, in Men Trapped in Men's Bodies: Narratives of Autogynephilic Transsexualism discusses several published biographies of those she considers to be autogynephilic but chose not to include Dayton, despite writing five years after the Formans' book.

There are several other candidates for being DB Cooper.  Dayton certainly had an appropriate skill set: flying planes, parachuting, handling dynamite.   It certainly seems that Dayton either did or experienced something in November 1971.  The doctors at the University clinic noted a distinct change.   Her motivation would be resentment about having to pass theory and algebra tests to become a commercial pilot although it was not needed for the actual job.   Certainly there is no evidence that she ever spent the ransom money.  Here is a photograph of Dayton just before transition next to the FBI picture based on witness statements. 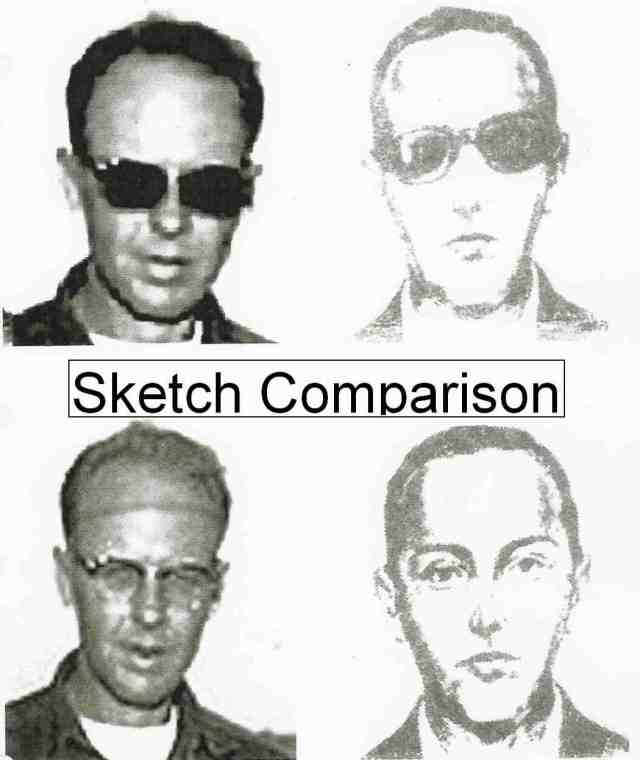