In March 2013 Paris Green was in the early phase of transition and living in Glenrothes, Fife.  She and two others, Kevin McDonagh and Dean Smith, who had served in Afghanistan, invited Robert Shankland, who had previously helped her out with a place to stay, to Green's flat for drinks. Apparently a row developed over buying a bag of chips, and Shankland was battered, kicked, a ligature tied around his neck and a plastic bag was pulled over his head. Shankland, who suffered from heart disease, died.

They then sold his phone to buy ham sandwiches. A female friend of Green dropped by and they 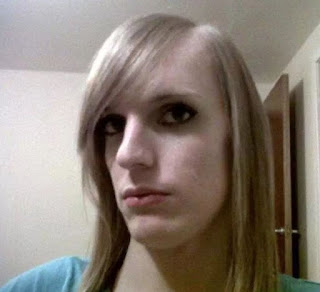 actually boasted about the death, and showed her the body. She fled and contacted the police.

After conviction at Glasgow's high court, all three were sentenced to a minimum of 18 years each. Green was sent to Cornton Vale prison for women, the only such prison in Scotland. It was also announced that transgender surgery would be arranged for Green on the NHS, which would have to be in England. The Shankland family, supported by some politicians, objected that Green should lose her right to transgender surgery as part of her punishment.

Soon Green was found to be having sex with other inmates, and after warnings was moved to the women's section of Edinburgh's Saughton Prison.