Sinclaire was raised an Irish Catholic in South London. When aged seven Sinclaire saw father almost murdered when he was pushed over a balcony. Nikki completed transition in 1991 with surgery on the NHS. She had medical complications and was bedridden for a year afterwards.

However she then completed an LLB at the University of Kent at Canterbury. Nikki worked for Lloyds of London, as a supermarket manager and in Cyprus with tourists.

She was an early member of the United Kingdom Independence Party (UKIP) being Head Office Manager, member of the National Executive Committee and Party Secretary.

In 1999 she was raped while walking home. While it had been established in R V, John Matthews that the rape of a trans woman was legally recognized, this was not widely known and the rape of Nikki was classified as assault. The experience reinforced Nikki's existing inclination to identify as lesbian.

In the 2001 UK election Nikki was the UKIP candidate in Medway, Kent.

In 2004 she wrote to The Pink Paper coming out as lesbian, but declined to lead a LGBT group within UKIP.

In the 2005 UK election she was the UKIP candidate for Halesowen and Rowley Regis, in the west Midlands. She turned up at a Queer Question Time, where representatives of only the three biggest parties had been invited, as an open lesbian and UKIP candidate, but was arrested when she refused to leave.

In 2006 Nikki met a woman and they have been in a relationship since. 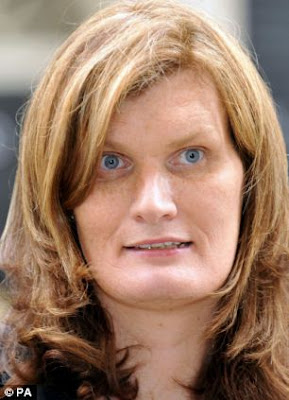 In 2008 Nikki met ex-Prime Minister Thatcher who told her to "never give up" (which became the title of her autobiography). She also campaigned in California for US Representative Susan Davis and Governor Arnold Schwarzenegger.

In the 2009 European Elections, Sinclaire, the UKIP candidate was elected a Member of the European Parliament to represent the five million people in the West Midlands. Later that year, when UKIP leader Nigel Farage temporarily stood down, she entered the leadership election and came third.

In 2010 Sinclaire resigned from the right-wing Europe of Freedom and Democracy grouping in the European Parliament, of which UKIP is the UK component. She was also having increasing problems with leader Nigel Farage. For this she lost the UKIP whip. Nikki submitted a complaint to the Exeter Employment Tribunal that UKIP had discriminated against her on the basis of sexual orientation, and cited that fellow MEP Godfrey Bloom had called her a queer. UKIP failed to offer a defence at the Tribunal and she won by default.

She sat as an independent, and then as the only member of the We Demand a Referendum party. She campaigned vigorously for a UK referendum on leaving the European Union, and after collecting a petition with 100,000 signatures was able to secure a debate in the UK Parliament.  She has also campaigned against high-speed rail and against Roma encampments.


In early 2012 Sinclaire and three others were arrested on suspicion of conspiracy to defraud the European Parliament via allowances and expenses. She remains out on bail.

In the US 2012 elections Nikki campaigned for Democrat Tim Kaine to become a Senator and for Barack Obama for President.

In November 2013 Nikki published her autobiography in which she discussed her gender change, partially because others had threatened to out her.

++She lost her seat in the May 2014 European elections.
EN.WIKIPEDIA     European Parliament/MEPs

UKIP is of course a right wing political party which has been thriving as ex-members of the Conservative Party have joined in protest against the Conservative Party having introduced gay marriage.  While there have been other LGBT members in UKIP their position is not easy.  See more, more.  I have not found any statement by Sinclaire re why trans voters should support either UKIP or herself as an independent.

Natacha Kennedy explains  Why she thinks that Nikki is not a role model.
Time: 09:27