Cassar, a hairdresser resident in Cospicua, Malta, achieved transgender surgery in January 2005. In June 2006 she successfully applied under Article 257A of the Maltese Civil Code and her sex and name were changed on her birth certificate.

Subsequently Joanne and her boyfriend, T. applied for a marriage licence. However they were refused in that the Marriage Act prohibited unions between persons of the same gender.

Joanne sued and in February 2007, a Justice noted that the proposed union did not contravene any provision of the Marriage Act. He upheld her request and ordered the director of Public Registry to issue the marriage banns. The marriage registry appealed. In May 2008, another Justice observed that Maltese Law offered no legal definition of either gender, but took into account an affidavit by the former chairman of the parliamentary bio-ethics committee, Dr Michael Axiak, who wrote: "after gender reassignment therapy, a person will have remained of the same sex as before the operation".

In 2010 Joanne was assaulted and had her bag stolen as she left the dance floor at a carnival party. She was frequently insulted and pushed around by strangers. 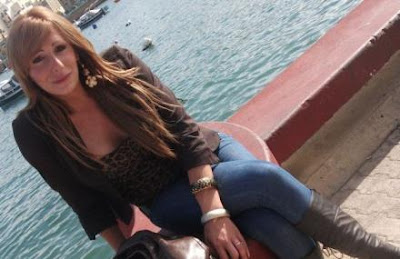 Joanne then opened a case in the First Hall of the Civil Court in its constitutional jurisdiction, claiming a breach of human rights. She won in April 2011, but then lost on appeal a month later.

Joanne, at some financial cost filed a case against Malta in the European Court of Human Rights in Strasbourg. The then Attorney General filed submissions arguing that the reassigned gender on Cassar's State-issued identity card was intended only to "spare her embarrassment", and was not meant to entitle Cassar to legal privileges associated with the female gender.

The Maltese General Election of 2013 returned the Labour Party after 15 years of rule by the Nationalist Party.

The new government then relinquished the case in the European Court and presented amendments to the Civil Code under which transgender people re now considered as individuals of the acquired sex with full rights, including the right to marry. Furthermore Joanna Cassar was awarded compensation and also honoured by being accepted into the Xirka Ġieħ ir-Repubblika Society which is limited to 20 members.

* Not the academic at the University of Malta