Born 4th in a family of 8 children, in Mabvuku, 17 km east of Harare, Naomi was considered  feminine by most people in the town. 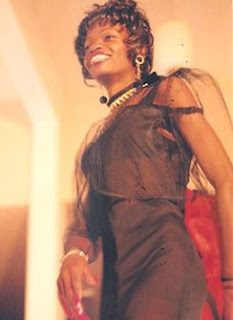 She was active in Gays and Lesbians of Zimbabwe (GALZ) (more) where she fought unsuccessfully to be accepted in the women's programs. Three times in her life, when she was down after being shunned, she attempted suicide.

Naomi’s big success was in facilitating the one and only grant, of ZW$95,000, to GALZ from the National Aids Levy.

She organized a Zimbabwe National Network for People Living with HIV/AIDS (ZNNP+) National Congress in 1999 that was held in Masvingo. This congress was considered controversial precisely because of her involvement.

In 2001 she co-ordinated the GALZ counselling team, and was appointed safer sex co-ordinator. Her program grew into the GALZ health department.

She was elected vice chairperson of GALZ three times. She started and led the GALZ buy-a-brick campaign so that the group could purchase the building where it was located.

Naomi was a major performer at GALZ events. She was a regular in the Jacaranda Queen Pageant. She was twice runner up, and Queen in 1998. Her last performance was at the 2005 Jacaranda Queen show.

She died from complications from AIDS in February 2006. She was honoured by GALZ at Transgender Day of Remembrance in 2013.