Hans Crystal performed at the 82 Club in the 1960s and is regarded as one of the great drag performers of that era.

Her departure by surgery was announced in a 1965 issue of Female Mimics, after which she presumably changed her name (Hans not being unisex), and was not heard of again, except that she had a a small part in the 1967 film, She-Man. 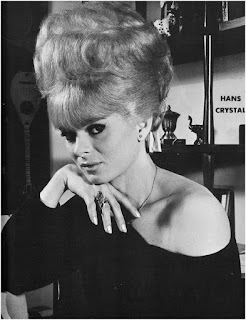