Fred Shaw of New York City was working towards his PhD in a science in the mid 1960s, and was the editor of a scientific trade journal.


"He did not orbit the Downtown Branch [Gail Wilde's apartment]. Siobhan was possibly the one of the most successful in the city at getting away with public appearances. A fairly heavy young man in his thirties, he made himself into the exact facsimile of the stylish stout. Nobody would have suspected a male identity in a hundred years, and he would promenade in dress along Fifth Avenue, shop for hours in the big department stores, try on dresses, and even hold credit plates in his femme name."

Siobhan published Turnabout  irregularly from 1963-7. This was in competition to Virginia Prince's Transvestia, and attracted crossdressers who were critical of Virginia Prince, her ideas and her list of femme* words. It was also more open to transsexuality and of activities that Prince regarded as fetishistic. In contrast to Transvestia, Turnabout did not feature autobiographies, especially those that catalogued the writer's wardrobe and measurements. Harry Benjamin, using Siobhan's male name, described Turnabout as the "more objective approach". Renée Richards described it as "a poor thing, on newsprint as I recall". Benjamin also referred Richards and other clients to the support group held in Siobhan's home.

In 1964 Prince and Fredericks came together when Felicity Chandelle was arrested under an obscure New York law for simply walking down the street. They raised over $1,200 to finance an appeal. Siobhan sent out 500 letters to Turnabout subscribers. They persuaded the American Civil Liberties Union file a brief as amicus curiae, and got the New York Times to carry a sympathetic story. However the appeal hearing was denied, by the New York appeal court and by the US Supreme Court.

Siobhan also had her own press, Abbé de Choisy Press, which published transvestite fiction, and wrote a series of novellas. 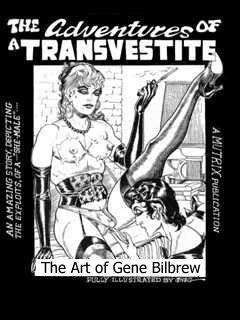 According to Worldcat, Yale University Library is the only institution to have a set of Siobhan's fiction.

Siobhan would have no trouble meeting Rose White's major criterion for HBS: she loved to shop.