James Howard is known only in that he married the child-prodigy vocalist and lutenist, Arabella Hunt (1662 – 1705) who was employed at the royal court as a performer and as a music teacher to Anne Stuart, the future queen. John Blow and Henry Purcell wrote music for her, William Congreve wrote an irregular ode: "Mrs Arabella Hunt singing".

Arabella was courted by the young man James, and they married in 1680. Arabella increasingly realized that James ‘went under the suspition of one of a double gender’, that she was also Amy Poulter, née Gomelson, and was married to one Arthur Poulter, who had died only recently. 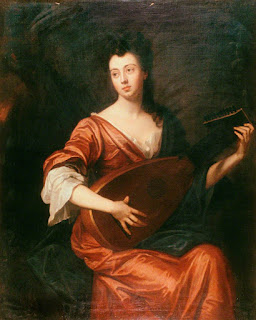 Arabella appealled for an annullment on the ground that her husband was a hermaphrodite. However in 1682 five midwives examined Amy Poulter and found her to be a ‘perfect woman in all her parts". The marriage was annulled but neither partner ever re-married. Howard died shortly afterwards.
EN.WIKIPEDIA