Andréia (who was born in May and died in May) ran a trash-cult nightclub, Prohibidus, near the centre of São Paulo. 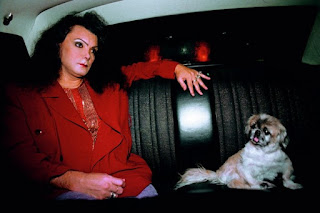 She was also an activist for travesty and gay causes, and was particularly active against Afanásio Jazadji who campaigned for GLBT persons to lose their civil rights. She also organized the Paulistana trans prostitutes, enabled them to stand up to the drug dealers and pickpockets, and be respected by the police. She maintained two apartments crammed with bunk beds where travesties could stay at a low cost; she also helped to distribute free food. Very little was being done about the serial killings of trans prostitutes, but in 1993 she complained to the police anyway.

Andréia was well-known in the Paulistina art scene, and is featured in Pierre-Alain Meier’s documentary on São Paulo trans persons, along with Brenda Lee and Claudia Wonder.

Andréia died in a plastic-surgery clinic after having silicone in her thighs and buttocks removed, probably of an embolism.
PT.Wikipedia. 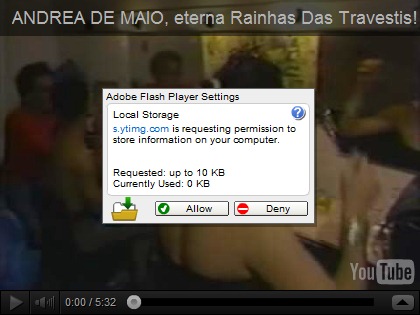