Annie Winnifred Ellerman was born in Margate. Winnifred was the daughter of a millionaire shipping magnate, John Ellerman, who had risen from humble origins to run the Ellerman shipping line, The Times and The Illustrated London News.

With her first novel, Development 1920 Winnifred took for herself the name of one of the Scilly Isles. She grew up intelligent, rebellious and furious that she was not a boy who could take over the family empire. 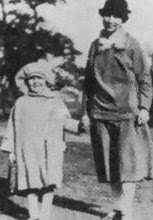 ame a writer and cultivated artistic friends. She became the lover of Hilda Doolittle (H.D.) in 1918, and her second novel Two Selves, 1923, brings the heroine into a relationship with an H.D.-like poet.

When she consulted Havelock Ellis, Bryher did not see herself as having a 'lesbian problem'. She saw herself as a boy and it was only natural that she become involved with a woman. She cautioned H.D. never to refer to her as 'she'. Not able to become a boy, she attempted to integrate her feminine social self with her masculine inner self.

In general she wrote historical adventure stories about a lone boy, danger and a battle. She thought that she was writing adult fiction and could not understand why the publisher marketed them as juveniles. Nor would she give in to the suggestion that she put sex in the stories. It has been commented that these adventure stories are thoroughly conventional in their presentation of gender roles, although the lack of a romantic interest allowed her to elude heterosexual conventions. An exception was Civilians, 1927, which brought a feminist perspective on female labour during the First World War.

While Bryher is not known as a cross-dresser herself, she was interested in the topic, and as early as 1920 wrote an essay, 'The Girl-Page in Elizabethan Literature' for the Fortnightly Review. Her most poetic novel, The Player's Boy, 1953, follows a young man who plays female parts in an Elizabethan company of travelling players. In the 1930 film, Borderline, she played a butch innkeeper with H.D. and Paul Robeson. 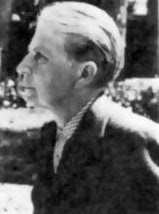 Bryher made two marriages of convenience to men protect her lesbian identity. The first was to the writer Robert McAlmon, which lasted from 1921-7. The second was to Kenneth Macpherson, a bisexual lover of H.D., with whom she adopted H.D's daughter. This one lasted 1927-47. She became pregnant by him, but terminated the pregnancy.

Yes, I was very conscious of writing the sentence "She cautioned H.D. never to refer to her as 'she' ". I attempted to rewrite this using male pronouns, but that does not work either. I had this same problem previously with Mathilde de Morney, but could not become comfortable saying 'he' for a person who answered to 'Missy', and never took a male name.

Bryher is similar. She thinks of herself as a boy, but as she grew older she had two husbands, and a daughter. By modern standards of transsexuality she can be dismissed as merely a dabbler, particularly as she had so much money that literally she could do anything that she wanted to. However she and de Morney preceded the social construction of transsexuality and of trans men, although they had in turn been proceeded by many female husbands. However they probably saw female husbands as a lower class phenomenon. For their generations, what they did was the upper class social construction of female masculinity.
Time: 18:53