Rudy was born in Brooklyn, New York, the grandchild of Italian immigrants with both police officers and criminals in his family.

As a lawyer, he made his name prosecuting high profile cases against organized crime. 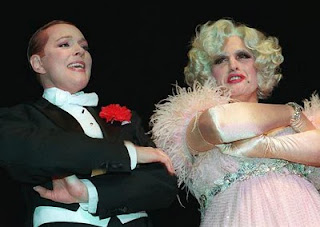 
Sir Rudolph was a candidate to be Republican Presidential Candidate 2007-8.


Unusually for a top politician, he is willing to appear in costume, including drag, on stage. In 1997, he wore a sequined dress and a wig from Rupaul’s wig-maker to play opposite Julie Andrews in her Victor-Victoria persona. Later the same year he played Rita Delvecchio’s mother in a sketch on Saturday Night Live. In 2000 he played a skit with Donald Trump where he is a matron buying perfume.