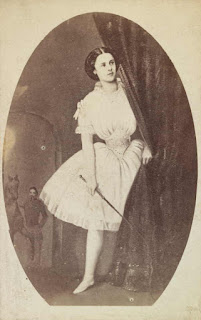 Born in St Louis, Omar Kingsley ran away to the circus when he was eight years old. He was trained in the dangerous trick-riding, and presented as a young woman. Ella toured with the circus.

In a Count, believing himself to be in love, offered a large sum of money to be introduced to her. In the king, Victorio Emanuele II requested that she visit him. Ella did so but always accompanied by a female companion.

Back in , Omar married Sallie Stickney, a fellow circus rider. In , several military officers accused Ella of not being a woman after she had refused one of them. This resulted in a brawl and Ella and the circus director were thrown into jail. Ella's 'true' sex was then discovered.

Omar gave up his life as Ella to become a partner in the circus, but continued to give benefit performances. He died of smallpox in where he was giving such a performance.
Time: 14:27