1720 was the year of a major crime, the first international stock bubble and crash that was the South Sea Bubble in England, The Mississippi Bubble in France and the Windhendel in the United Provinces (Netherlands). Built on slavery and colonialism, and mixed with public debt engineering, the bubble lead many small investors into bankruptcy.

Later that year there was a distinctly lesser crime that was to become iconic, although because of the time it took news to cross the Atlantic, word of the event did not reach London until 1721.

The Jamaica Colony, which was mainly a vast prison colony where African slaves were obliged by extreme violence to toil in sugar plantations for the enrichment of an English elite, had encouraged pirates to operate from Jamaica from the 1650s, as long as they did not attack English ships. They were even issued with letters of Marque to make it official. One Jamaican pirate, Henry Morgan was arrested in 1671 and summoned to London, but was acclaimed by the population as a hero, and so was knighted instead. He returned to Jamaica where he served as Governor three times. By 1685 the remaining pirates were evicted from Jamaica and they relocated to the Bahamas.


On 16 November 1720 there was a trial of pirates held in the High Court of the Admiralty in the Jamaican capital St Jago de la Vega (later to be known as Spanish Town) presided over by the Captain-General and Governor in Chief, Nicholas Lawes. Captain Jack Rackham and his crew of twelve had been caught off Negril on the west side of Jamaica. They were tried, accused of “Piracies, Felonies and Robberies on the High Seas”. The reading public was intrigued by the fact that the crew included two women: Anne Bonny and Mary Read.

Although no-one had been killed, the victims had been taken captive “in Corporal Fear of their Lives”.

Witness Dorothy Thomas described how, while sailing on the north Jamaican coast in a canoe with provisions, Rackham’s sloop approached and Rackham relieved her canoe of “most things that were in her”. The two women in Rackham's crew “wore Men’s Jackets and long Trouzers, and Handkerchiefs tied about their Heads, and that each of them had a Machet and Pistol in their hands and cursed and Swore at the Men … That the Reason of her knowing and believing them to be Women then was, by the largeness of their Breasts”.

Two French volunteers, John Bessneck and Peter Cornelian, who had been captured by Rackham, testified to a raid on Thomas Spenlow, master of a schooner taken on 19 October. They testified in French and it was reported via an interpreter that the women “were very active on Board and willing to do any Thing … they wore Men’s Cloaths; and at other Times, they wore Women’s Cloaths”.

All thirteen accused were found guilty. Both women plead ‘not guilty’ but said nothing in their defence. However after being found guilty, the two then “plead the belly”. Sentence was suspended so that their condition could be verified. Nothing further is recorded. Apparently the eleven men were quickly hanged. Rumour has it that Mary Read died of complications from her pregnancy. Nothing further is recorded of Anne Bonny. 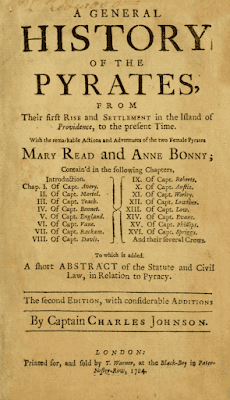 Just over three years later an otherwise unknown writer, Charles Johnson, published A general history of the robberies and murders of the most notorious pyrates. This contains a lengthy chapter on Anne Bonny and Mary Read which fleshes out the meagre details from the trial using the standard pattern of tales about 18th century adventurous women, both making them bloodthirsty amazons and also wives and mothers. While there is no account of how he could know what he added to the trial record, the book was a best seller, and is the source of most books on piracy for the next 300 years. In a second edition, Johnson acknowledged that some ‘gentlemen’ had challenged the first edition’s accuracy.
As with Charlotte d’Eon and other 18th century characters of note, the story was filled out in various ways, but modern scholars are unable to confirm the additions.

With one exception. In 2020 Tyler Rodriguez, a YouTuber who investigates mysteries, using the Mormon online genealogy database, was able to access the Parish Registry of Burials of St Catherine. First he found an entry for “Mary Read, pirate” as dying 28 April 1721, which fits the rumour that she died from complications of pregnancy. Then he found an entry for an Ann Bonny as dying 29 December 1733. If this is the same Anne Bonny, then she stayed in Jamaica. However we don’t know how she avoided execution. 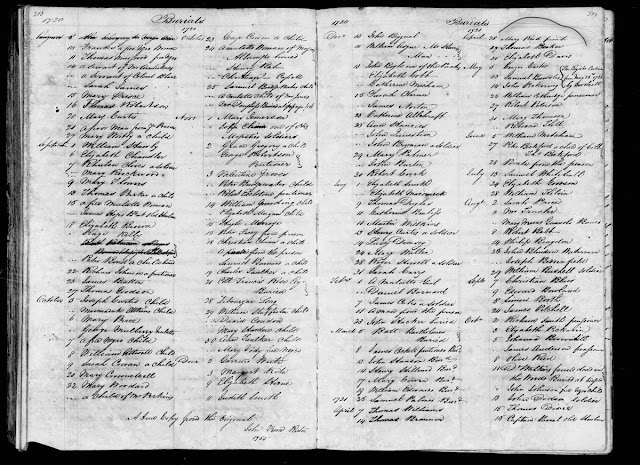 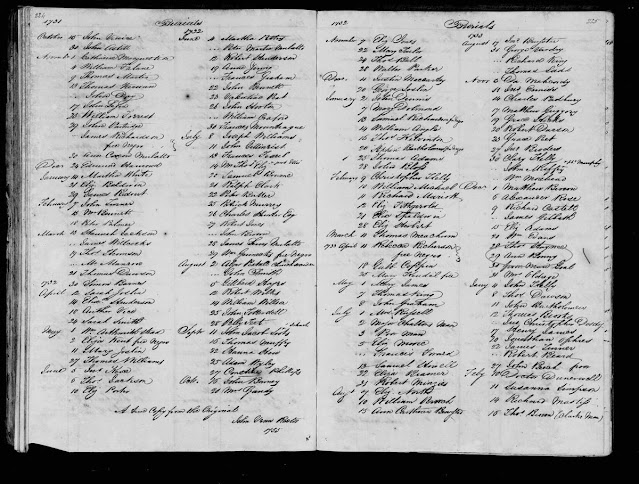 I have followed Julie Wheelwright and Tony Bartelme in this account. I have not linked to any of the EN.Wikipedia entries for they all seem to be based on the fictional additions of Charles Johnson. Likewise the 2021 book by Robert Peal is yet again a paraphrase of Charles Johnson. Peal totally ignores Jo Stanley's book and the writings of Tony Bartelme on the subject.

The recent Starz television series Black Sails featured Anne Bonny as a major protagonist. However the script for that series openly mixed characters from Stevenson’s Treasure Island with some real historical pirates and with Charles Johnson’s fictions. Impressive as it was, it does not claim to be true.

In 1930 John Robert Moore (1890-1973), a Daniel Defoe scholar, proposed that Charles Johnson was a pseudonym for Defoe. He also added 140 other titles to the Defoe canon, more than any other scholar. Furbank & Owens comment: “In our view, his argument for ascribing the General History of the Pyrates to Defoe was hopelessly flawed and depended on verbal ‘parallels' so vague and generalised as to carry no conviction at all; moreover, it ran up against awkward objections and problems with which he did not really cope”. Nevertheless many library and online catalogues now attribute the book to Defoe. There is no record of Defoe visiting Jamaica to interview witnesses.

So, were Read and Bonnie transvestites or even trans men? There is no shortage of publications claiming such. They are even cited in introductions to transgender history.

However. One witness testified that they switched between men’s and women’s cloaths as appropriate.

Jo Stanley (p44) writes: “wearing trousers did make practical sense. The reason most women donned breeches was to travel safely, to avoid molestation and to get into situations where only men were supposed to be. Wearing trousers allowed women pirates the freedom to climb, work with ropes, go up and down ladders.” All the same reasons that a 21st century cis female sailor also wears trousers etc.

Here is an illustration of how women dressed around 1700. Does anyone think that a person so dressed could climb a mainmast or swim between ships?

So were they transvestites?

There is no reason to assume that they were. Not Proven!