Richard Curtis started life as Vanda Zadorozny,  the child of a Polish immigrant who survived a Nazi forced labour camp and became a mine worker in West Yorkshire.

Vanda had medical training at St. Bartholomew’s Medical College and the Royal London School of Medicine, followed by work in various hospitals. Zadorozny also did an MBA and for three years worked in the pharmaceutical industry bringing medical expertise to sales and marketing, before returning to doctoring as a general practitioner.

Zadorozny had developed a passion for sailing while at university and competed at the national level for 15 years winning several championships. Zadorozny had affairs with men, but they did not feel right: he felt that he was “a gay man trapped in a woman’s body”.

He was working as a locum at a general practice in Richmond, London, when he completed transition as Richard Curtis in 2005, shortly after the Gender Recognition Act came into force. He was the first transsexual to be recognised by the General Medical Council under its terms.

Dr Curtis met Russell Reid, and started to sit in with trans clients, and by the end of the year was taking his own patients. He took over the private practice in 2006, when Reid retired facing complaints that he was too willing to be helpful to transsexuals. Curtis was a member of  professional and activists groups: WPATH, Gendys Network, FTM NetWork, FTM London, Gender Trust and GIRES. He aimed to offer a ‘one-stop’ service wherein trans clients can be assessed, diagnosed, given referrals, prescribed and dispensed hormones, given follow-up and health checks, offered counselling and hair removal treatment and even speech therapy. Ruth Pearce describes his reputation at the turn of the decade: 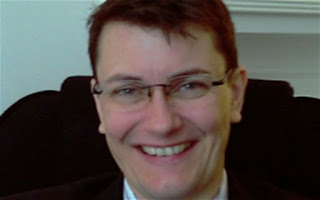 “The name ‘Dr Curtis’ was widely associated with a more liberal form of care that centres informed consent rather than placing the burden of proof upon trans patients, a factor that was sometimes linked by participants to Curtis’ own background as a trans man. Transhealth patients such as Ben felt more confident that the possible future of transition would eventually manifest, and within a predictable time frame too. They were less worried about encountering cisgenderism or transphobia from Curtis, or having to prove themselves ‘trans enough’.”

However some complaints were made: mainly about his high fees: as high as £240-an-hour. More significantly, a woman, who had presented as a trans man, regretted taking testosterone and having a double mastectomy; it was alleged that Dr Curtis had prescribed to patients under 18 “without the specialist knowledge or skills to do so”; that he failed to follow “accepted standards of care”. In November 2011, the Medical Practitioners Tribunal Service (MPTS) imposed a number of restrictions on Dr Curtis’ practice. He "must maintain an anonymised log detailing every case where he prescribes for patients with gender dysphoria and for patients who he refers for gender dysphoria surgery". The panel also ruled: "He must not prescribe hormonal treatment for patients with gender dysphoria, or refer any patients for gender dysphoria surgery, unless those patients have undergone a recent mental health or psychological assessment carried out by an appropriately trained mental health care professional."

In 2013 the General Medical Council opened an investigation into the practice of Dr Curtis. However in February 2015 it announced that the Fitness to Practice hearing originally scheduled for that month would not be going forward.

Curtis maintained the support of trans patients and activists. The Twitter #TransDocFail campaign led to a dossier of over 100 cases of serious and sometimes dangerous mistreatment of trans patients by other doctors. This was formally presented to the GMC, and Jane Fae wrote an article for The Guardian making the same points. However, no action appears to have been taken against a single doctor as a result.

Dr Curtis had made several changes so that his service was more similar to NHS gender clinics, such as requiring a second diagnosis prior to hormone prescriptions, and he stopped accepting patients under 21.

On June 2017 Dr Curtis announced the discontinuance of his practice. This was at the same time as the Welsh physician Helen Webberley who had been offering prescriptions after consultations by Skype, was also investigated by the GMC and put under restrictions.

*not the screenwriter, nor the Washington State representative.

An item I did not put in the bibliography is Sheila Jeffreys’ Gender Hurts. She has a half-page on Curtis. Simply citing David Batty in The Guardian. she puts far too much weight on a statement that Curtis was quoted as saying:  ‘I’ve never wanted children, or a white wedding like most women dream of, or a man to take care of me. Instead, you were more likely to find me fitting a kitchen or tiling the bathroom’.  Jeffreys comments: “Her understanding of gender was very constricting and traditional”. Really! A woman who becomes a yacht-racing champion has a constricting and traditional view of gender! Of course Jeffreys does not mention that Curtis was a yachting champion.